The Damnable Cads a strong edgy sound, though maintaining a great sense of melody!

This is immediately evident from their latest track, “Big Bad Man” – sweet harmonies, crunching guitars and a catchy as hell chorus. 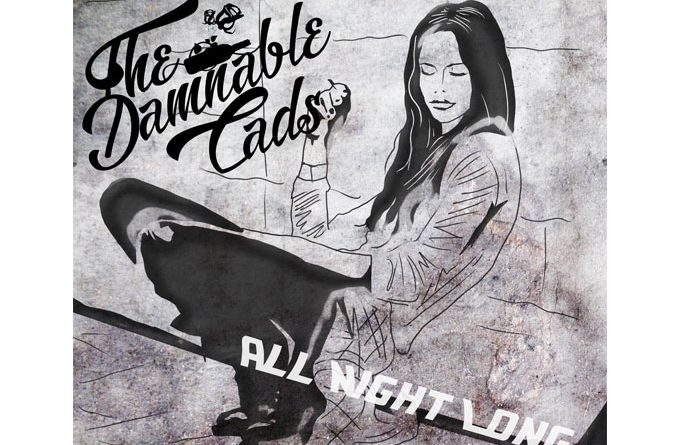 This is one of maybe a dozen indie alternative rock bands in my collection of thousands that I consider “perfect” in the sense that they have no clunker tracks, no filler. Obviously, one song may be better than the next, or on some occasions the production may be a bit quirky, but every song by The Damnable Cads is powerful, and every song connects emotionally and musically. If, as I suspect that The Damnable Cads is indeed the thinking man’s band, then their songs, for better or for worse, are quintessential pieces of work.

The Damnable Cads come into their own as a talented modern rock band, but their sound brings along a heritage of old school classic rock tricks, both musically and lyrically. The best facet of their music is how they manage to have a strong edgy sound, though maintaining a great sense of melody. This is immediately evident from their latest track, “Big Bad Man” – sweet harmonies, crunching guitars and a catchy as hell chorus.

Every song contains an unusual attitude and feeling, not like what you might hear from other groups where every song sounds the same. Case in point “Little Dreamer” which sounds like it flew in on a time warp from some legendary seventies singer-songwriter, layered with falsetto harmonies and acoustic guitars and a hum-along melody.  In contrast, the subsequent track “Drive Me Wild” seems to be draped guitar-driven in acid rock. Again confirming that The Damnable Cads are an artsy, message making, storytelling band with a penchant for powerful music and singing and telling it like it is.

That they hark back strongly to the past is even more evident on “All Night Long”. This goes as far back as the sixties to uncover its roots. The same era pushes the powerful “C’mon Girl” through your speakers. The overall sound is peppered with familiar stylistics: fat snare pulses, melodic vocals, crunchy guitars, screaming solos and smooth thumping baselines, all with stunning precision. While taking sonic cues from the past, The Damnable Cads – featuring lead guitarist Nick, Jimmy on bass, drummer Eddie and vocalist Alvin – take psychedelic, acid, alternative, and every other type of rock music to a new place.

The Damnable Cads has perfectly captured the essence of several bands that have paved the way before them many years ago, but to hear a collection of tracks which shine with the finest attributes of the classic rock sounds without regurgitating them, yet with its own distinct sonic identity and a coherence throughout is an experience you’re not likely to have any time soon if you’re young enough…and probably never…if you’re old enough!

LADYBABY – Metal takes on the insane and adorable world of idol pop!