Whitney Lusk: “Screw It” – An all-round mature and sophisticated performance!

Whitney Lusk is a singer-songwriter from Utah. From the age of 8, she has been vocally trained by industry professionals. At the age of 14 Whitney performed with a... 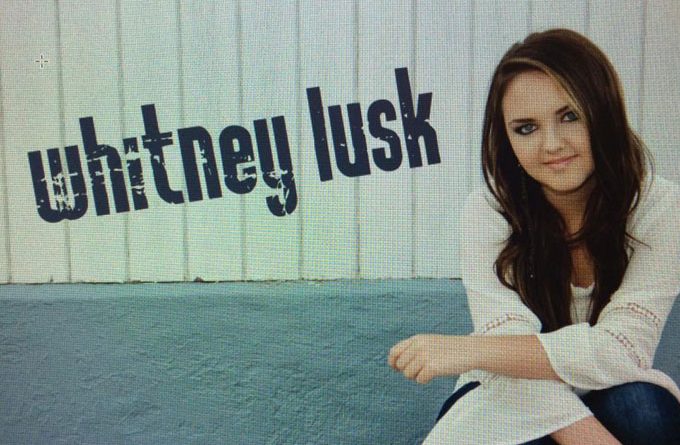 Whitney Lusk is a singer-songwriter from Utah. From the age of 8, she has been vocally trained by industry professionals. At the age of 14 Whitney performed with a national country cover band that opened at music festivals for major artists, such as Kellie Pickler, LeAnn Rimes, and Billy Currington. At age 16 Whitney took on the stage herself with her own music and opened for the Country Duo Maddie & Tae.

Since then she has opened for YouTube sensation Andie Case with a sold out show in Salt Lake City, Utah. She has been featured on several Utah Radio Stations for being one of Utah’s up-and-coming singers, and has released her self-titled “Whitney Lusk”. She has also just released her brand new single entitled, “Screw It”, co-written with Joel Pack.

What grace and fluidity arises from the voice of this incredible singer-songwriter.  I love her breathy power, and pure and powerful delivery. Through it her personality is seemingly sublime and grounded.  Her tones blend into the hooks and crescendos like instruments joining the harmonics in a symphony. An all-round mature and sophisticated performance, maybe simple lyrically, but who cares, it’s luscious and rich and cohesive.

Whitney’s voice is what distances her from her pop peer group. Not that she is lacking on image, or on production, it’s just that she actually sounds as good as she looks – a real rarity! The combination of her beautiful voice with the catchiness of the tune makes for an earworm of pop tinged by country.

This song bridges both worlds, and plays to her harder edge. You can tell that “Screw It” has an emotional meaning to her and it pours through the music with real passion.

Is the single glossy and aimed at radio? Absolutely yes! But her voice and her personality shine throughout the cut, and I have to wonder if there is there anything that she cannot sing?

The finished product brought to the table by Whitney Lusk and Joel Pack, is a track that combines bright, imaginative sounding elements with the pop expertise you’d come to expect from her peers! Maybe they just had fantastic artistic chemistry or something, but it worked wonderfully. I’m really curious as to what Whitney’s next artistic step will be.