Crashbomb: “Power Up” doesn’t allow itself to be classified!

Crashbomb apparently really don’t care too much about what people think about them. Half wanting to be taken seriously, and then always wanting to be out there and generally... 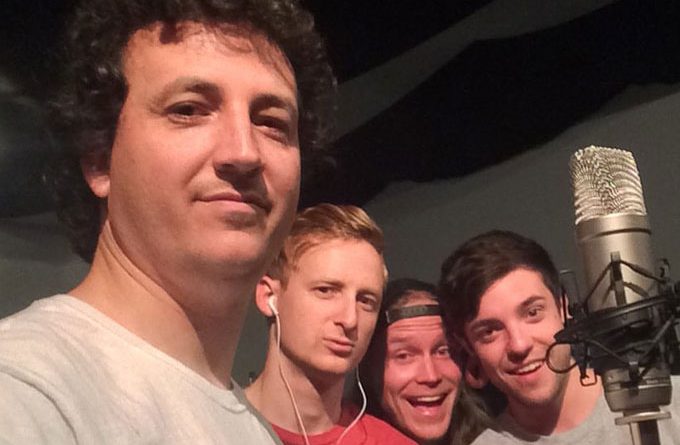 Crashbomb apparently really don’t care too much about what people think about them. Half wanting to be taken seriously, and then always wanting to be out there and generally off-kilter, Tommy (Vocals, Guitars, Bass, Nintendo), Marz (Drums, Vocals), Donald Scully (Shredding, Guitar, Vocals) and Tyler (Guitar, Vocals) make fun, catchy, and melodic metal-induced punk with bone-crushing guitars and a Nintendo gizmo that gives their music a video game aesthetic. Recommending Crashbomb to someone isn’t as easy. Their straightforward, sometimes lighthearted rocking anthems sound like a badass band. Happy synths, and pummeling drums followed by hardcore melodies and growling vocal chants – it’s fast and dense thrash influences transitioning into a techno break. Lyrical content is equally varied, and it’s not as crass as it sounds, thanks to the lead vocalist’s creative delivery. Odd, serious, progressive or not, what remains constant is Crashbomb’s ability to create a fun yet challenging sound. 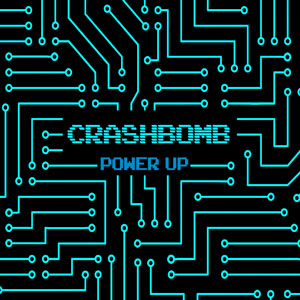 It feels as though each member intentionally keeps their distance just inside the metal perimeters. The guitarists keep the cleans melodic, and brings the distorted grooves when needed. The vocals find a nice middle ground between hardcore and anthemic pop.

The driven rhythms are a consistent highlight throughout the recording almost competing with vocals and providing most of the atmosphere. The nostalgic Nintendo sound is constantly perceived if not prevalent on all tracks, and as interesting as everything else that’s being added to the soundscape on the band’s latest album “Power Up”.

It’s difficult to completely describe “Power Up”, because it’s an album that doesn’t allow itself to be classified…and that is exactly why it’s worth listening to. Personally, I can’t ask much more from any band than originality. I’m pleased with pretty much any band as long as they are doing their own thing and being creative. This perfectly describes Crashbomb, but in addition to originality, they have great musicianship.

I will most likely be happy with anything the band releases in future as long as it keeps their unique formula alive. “Power Up” definitely has a formula with the Nintendo keyboards, schizophrenic vocals, and great guitar and drum work.

The nice thing about this album is that every song has something great about it whether it is the keyboards, drums / guitars, lyrics, or everything put together. Sometimes it lasts for the whole song and sometimes it is only for a fraction of that period, but it makes the whole song great anyway.

Also, there are a couple of those tracks here that when you hear them for the first time, they just makes you smile with joy. Among them – “What Happened to Our Friendship, Bro?”, “Emoflip” and “Hard Knuckles”. I can’t even make a decision as to which one is the better track here but I guess it doesn’t matter, as the ones that truly blew me away musically are the final two tracks on the album – “Damaged Goods” and “Breakfast At The Mortuary”.

Complex, hard-hitting and emotionally tense, these final two songs, for me, showcase the best of what Crashbomb have to offer the world, both musically and vocally.  After listening to this album, we’ll have to thank god for a band that can actually make hardcore music sound interesting again!