Aastik Koshy graduated with a degree in Sound Engineering from SAE and opened the doors of his music company Turquoise Sound Pvt.Ltd (TSC) in 2015 after moving to Goa,... 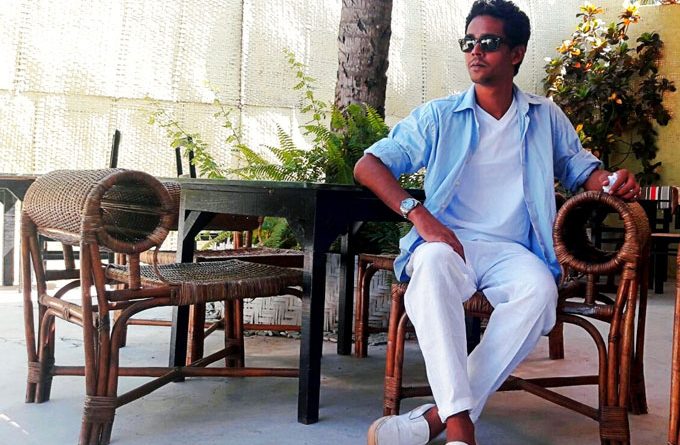 Aastik Koshy graduated with a degree in Sound Engineering from SAE and opened the doors of his music company Turquoise Sound Pvt.Ltd (TSC) in 2015 after moving to Goa, India. The company was created to release electronic music produced and composed by Aastik in chill out, ambient and lounge, with touches of ethnic influences and jazz. In 2017 he also launched Blue Magic Records (BMR), a sub-label to TSC, focusing on more free-form and unconventional as well as jazz/fusion and eccentric styles of music. Aastik, who set up his first home recording studio when he was 16, was born to a renowned classical dancer mother and photographer flautist father. But his artistic heritage runs far deeper, into glorious lineage of musicians who excelled in the Sitar, tutored under the able guidance of the legendary Ustad Imdad Khan from the late 1800’s.

In 2017 TSC released Aastik Koshy’s album “The Audiolounge – 1.0”. Odds are if you’re reading this review, you’ve heard of Aastik’s music before. If you haven’t, it’s your lucky day: you just struck a hidden gold mine of music that will catch you off guard. The best part? This album is even richer in instrumental gold than anything else you’ll hear in similar genres right now. So why do I know you’ll like “The Audiolounge – 1.0”?

Firstly this isn’t an album where you skip some songs and repeat others unequally: you’ll love every track to the point where you will end up adding the whole album to your favorite playlist. It’s the perfect soundtrack for driving, playing games, relaxing, or anything you can really think of doing while listening to music. 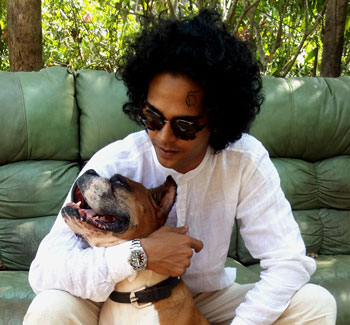 Aastik Koshy’s incorporates plenty of guitar-filled vibrations, in this album that takes a newer turn towards smooth jazz that you can’t help but ecstatically grin to while you listen. You’ll see what I mean, as this sounds like anything but an album done by a producer with his roots in electronic music. There is just so much sensitivity and sensibility in the tones and timbres of the instrumentation that it is quite awe-inspiring.

I try not to reveal too much in my reviews because I don’t want to spoil anyone’s first undisturbed listen of any album, but just know this: Aastik Koshy’s lands on the planet of chill, bliss and cool that many other instrumental artists can only aspire to even find, and this record is your first-class ticket there. “ The Audiolounge – 1.0” is very guitar-driven with a hearty helping of keyboard work to put it all together into a package that is, not only pleasing to the ear, but extremely surprising.

Unlike so many other ambient or chill albums this one keeps a delicate balance between melody and harmonies, maintaining a consistent theme and not allowing the listener to become overwhelmed by a beat or by fading into ambient noise. Each melody feels tied together, like telling a story.

You could so easily be listening to an Earl Klugh or Pat Metheny classic here, such is the majesty of these jazz induced compositions. Depending on the genre there are certain things that an album must contain in order for it to take up residence in my musical library. “The Audiolounge – 1.0” will reside in my library because it has a comforting and inspiring feel.

The album strikes a good balance in terms of its tone and tempo; it does not try to pretend to be something it’s not, nor does it attempt to stuff tracks full of musical nothingness. Instead “The Audiolounge – 1.0”  has a feeling that everything in each track – every instrument used, every note played by those instruments – was carefully crafted and positioned to give the album it’s feel, even in those sections which make use improvisation.

My understanding is that the album took a lot of collaboration work from artists around the world, yet Aastik Koshy has transformed the recording into a comprehensive and cohesive listening experience. “The Audiolounge – 1.0” is one of those albums that I will undoubtedly play over and over again – and it has now interested me in exploring more of Aastik’s works. I hope you will give this album a listen and find it as satisfying to listen to as I did. Essential listening includes: “Balearic Sunsets”, “Nostalgic Blue”, “City Of Vices” and “White Waters”.

That Guy: “Patterns In The Sky” trades in imagery and evocation