Suburban Symphony have teamed up with startup indie label Hilltown Records to release their debut single “Stepping Stones” via all major digital retailers and streaming outlets on 1st August... 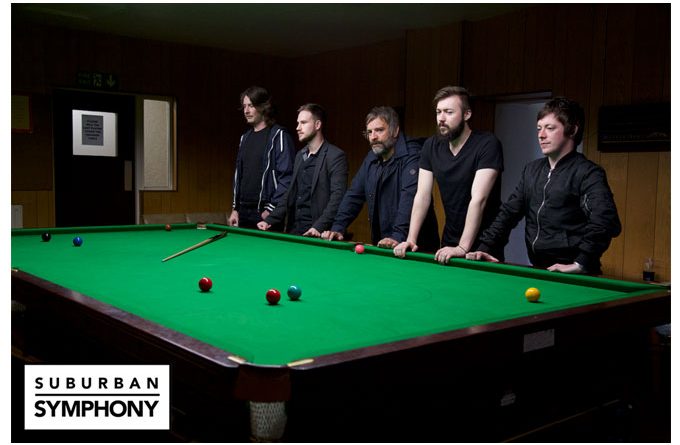 Suburban Symphony have teamed up with startup indie label Hilltown Records to release their debut single “Stepping Stones” via all major digital retailers and streaming outlets on 1st August 2017. Stepping Stones provides a great introduction to what the band is all about as it features massive vocal hooks, a stadium-worthy chorus and tasteful guitar work all combined seamlessly with lyrics that ruminate on working class aspiration and dreams of bigger things to come.

Since they formed in Barnoldswick in 2014, Suburban Symphony have undertaken a busy schedule of songwriting, recording, gigging (with the likes of Bruce Foxton, The Feeling and Big Country) and have even inspired the establishment of a record label to promote their music.

Hilltown Records was formed in early 2017 by Mat Arnold and Keiron Melling, after they had finished recording and mixing Suburban Symphony’s debut album at Hilltown Studios. Mat and Keiron (who collectively have worked with such artists as The Fall, Peter Gabriel, Kanye West, Jay-Z, The Noisettes, Aziz Ibrahim and Tom Jones) were so happy with the finished album that they decided to form Hilltown Records and release the material themselves. Suburban Symphony’s debut album will be available on CD from www.hilltownrecords.com and via all major digital retailers on 4th September 2017.

Nadia: “I Left My Heart In California” – an ever-growing maturity