Maddness lived a rough life on the move between foster homes in a domestic violence environment, and was mainly raised by his grandmother who has blessed him with great... 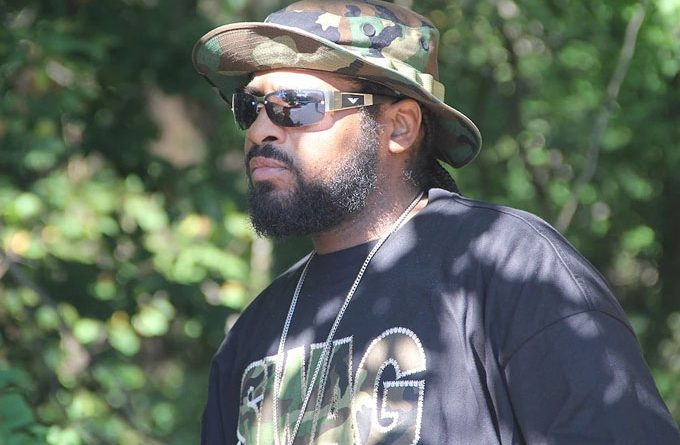 Maddness lived a rough life on the move between foster homes in a domestic violence environment, and was mainly raised by his grandmother who has blessed him with great values.  Inspired musically by Curtis Mayfield, 2Pac, and Michael Jackson, Maddness sticks to reality based situations, to make music that comes from the heart.  During his journey in gaining respect as a talented independent artist from the District of Columbia, SE, he has stayed true to his calling by continuing to represent those in the struggle who are searching for a positive way out, while maintaining their integrity as well as their souls intact. “I’m humble, blunt, street, but passionate about my music,” says Maddness.  “My diverse creativity allows me to expose the hidden truths about life through the ways in which I maneuver accordingly.”

While releasing music and perfecting his performances, Maddness is also positioning himself to tour around the world and getting the message of his brand, ‘Darkcap’ – meaning Dwelling As Reality Kings Centered Around Poverty – out to the masses.

His aim, of course falls squarely within the theme of his single “Touchdown Play”, an anthem for perennial winners in constant pursuit of scoring a victory at any and everything they do.  Maddness may just be a little underrated, in my book. He has given us a track that demonstrates what Hip Hop is intended to be. Informative, imaginative, inspiring, lyrical, and hopeful.

This is true hip hop in a mature form, as he delivers an anthem that doesn’t need to be loud or in your face to get it’s message across. In fact it’s quite the contrary. The music is mid-tempo, melodic and almost laid-back, while Maddness invests the depth of his emotion in the delivery which is intense, almost aggressive but never annoyingly abrasive – a feat only a skilled rapper can execute.

Considering that Maddness has a sandpaper timbre in his voice, it makes the task of staying smooth all that more difficult. But he has the voice, intelligence, lyrics, bars and conscience mindset to get the job done.

Everything about “Touchdown Play” is alive, passionate and straight up life. This is a welcome breath of fresh air in a hip hop and RnB scene filled with mumble rap, 808s and singers trying to recreate the money-making Trap sound. There is no attempt to make current-sounding music. Instead, it’s quality music with a focus on positivity.

He’s not talking about being the toughest guy in the room or being able to steal your girl. Instead, he’s educating you how to be a winner – without preaching too many idle theories. Maddness keeps it sharp and to the point. He gives us the game plan essentials, but each needs to play their own personal game to claim the desired victory.

Maddness drops knowledge in a heartfelt and skillful way which allows the listener to both be uplifted, and be entertained. Deeply brilliant, with layers of awesomeness, it’s hard not to be engaged by this artist in some way.

Announcing the 2017 Inductees into the Album Cover Hall of Fame

Sarantos: “You Should Be With Me (Not Him)” – Kind of mellow, yet so emotional