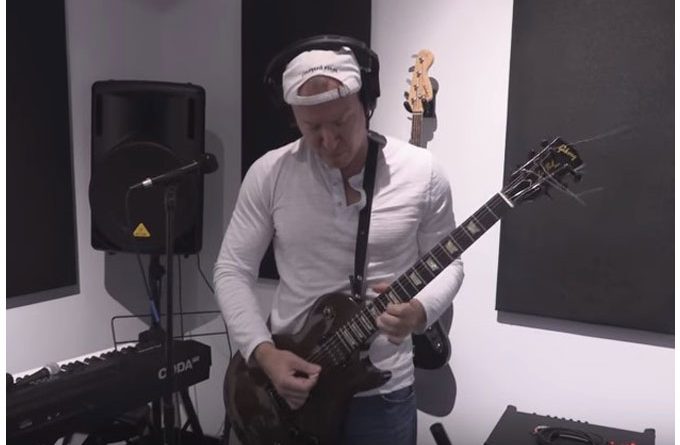 Shredding combines different guitar techniques (tapping, legato, sweep picking, etc.) with extremely technical guitar skills, and is expressed most spectacularly during extremely fast solos where diverse techniques can be performed. Shredders however, are not just amazing because they’re fast, though. Their speed is incredible, but if they just had that, no one would care. These monster players also have monster musical ideas, they play fast because the music they want to play requires just that – they don’t play at insane speeds just to impress you. That’s a side effect. 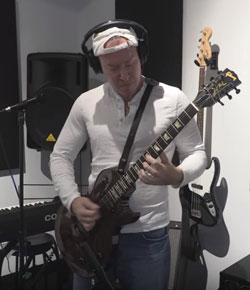 Blaine Kaltman aka ‘The Shred Master General’ of Stone Mob

Ever since the electric guitar has existed, though, so has the desire to play it as fast as humanly possible. One of the guitar players who has achieved this goal, is Blaine Kaltman.

Blaine Kaltman aka ‘The Shred Master General’, is the guitar player for up and coming rock outfit Stone Mob, who has also been featured in Guitar Player Magazine. He is currently launching his solo side project, and has just completed “F.E.J.” a brand new single featuring guest bass player Eddie Fuentes.

Blaine is one of the most unique, intense, and dynamic underground guitarists in rock today. The six string dominator delivers what can be called the supersonic shred ideal. Blaine’s no frills approach is stronger than ever here, the whole de-complexed theory, his relentless 360° attitude is clearly exposed to the incredulous world.

The Shred Master General’s exceptional blasting guitar style is quite voracious, still aggressive and his rapid-fire phraseology fretboard frenzy is even more coherent and more impressive than before.

The highly emotional “F.E.J.” is not only proof of a total mastery of his skills but also his talents as a composer with a real melodic concern and this is another fat lesson for the haters – if there are any – and a concrete validation to his dedication for the dynamicity in his music- Obviously no mediocrity, no flat lukewarm instant resides here, just the cream of Blaine’s talent is on show my friends!

“F.E.J.” is symptomatic of an incredible capacity to connect his compositions in an absolutely amazing mix of technique, a hyper density in the hooks, and thickly layered melodic sections, with the whole based on a solid rhythmic frame.

Each and every note played is a symbol of Blaine Kaltman’s artistic freedom and his vision is prophetic and multidimensional.  Rigorously superior to the contemporary releases of its tagged genre, this gorgeously rich, high-octane, all instrumental fusion-rocker is close to perfection.