Moe Dollaz: “DaMoeNation” will catch everyone off guard

So how does someone start writing a review about one of the better underground rappers he has heard in a very long time? Would that someone start by saying... 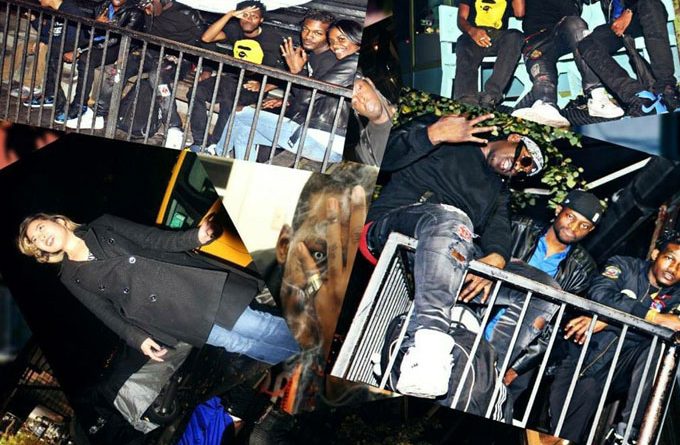 So how does someone start writing a review about one of the better underground rappers he has heard in a very long time? Would that someone start by saying that it’s a sad time when so called artists such as…well we won’t name them, make millions, when truly talented artists such as Moe Dollaz have to break their butt to get professional studio time. This dude is awesome – the lyrical skill, the tempo changes, the technique, all of it. Raised in Senegal, Africa, Moe Dollaz is based on the east side of Harlem. From beats to lyrics, everything he put out on his EP “DaMoeNation”, is incredible. Every one of the beats is phenomenal. That, in combination with the rapping exhibited, is a sight to behold. Moreover, disregarding his great production, conceptual ideas, and anything else. When it comes to simply lyrics, enunciation, and anything to do with the actual techniques of the game, he is probably one of the best. 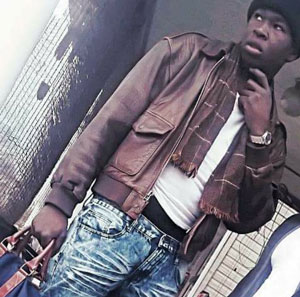 Not only does Moe Dollaz prove that he is easily one of the technically better emcees in the underground game, he also proves his main point; being different is okay. In fact, it’s preferred. Be yourself, and while not everybody will like it that is what makes more waves. Sometimes, a recording can present a critic with so many possible angles it becomes stupefying trying to pick out how its review should begin and proceed onward.

“DaMoeNation” is one such recording for me. I want to emphasize that this is a fantastic EP, whether you consider it perfect or flawed, and stands head and shoulders above what the majority of rap has offered in 2017 on its music alone.

The EP’s intro, “Panda Remix”, immediately sucks you into what the rest of the disc has to offer. Moe Dollaz comes through with a rapid-fire flow over a pulsing instrumental that slowly builds up in anxious energy over the course of the song.

There is no moment of respite as he dives straight into “DM Remix”. And then it’s back to the intense feel of the first track as the beat morphs on “The MJ Song” to incorporate some soaring vocals and more ominous synths. Lyrically this song is amazing too.

“Toes” features a bass-heavy instrumental that also builds up in energy as the song goes on. Lyrically Moe comes with more aggressive flows, spitting almost in an honest fashion so you can actually understand what he is saying. “Dat Dance” on the other hand, reaches almost supersonic speeds when spitting his rhymes in some places. 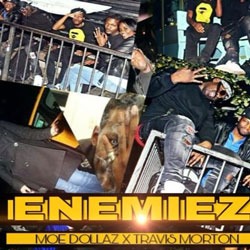 Lyrically Moe Dollaz is on point throughout, coming up with some dope concepts and intense flows. He really delivers with the triple-time raps on here, flowing with a speed that will keep you on your toes. Here is an EP that’s been released exactly as the artist wanted it – no input from greedy label execs, no intentionally watered-down material for mainstream rotation, and most importantly, no lying.

In an industry where most Hip-Hop albums are formulaic and untrue to the person reciting lyrics, Moe Dollaz delivers a recording, in which every aspect of the EP seems to be an aspect of his character. I take nothing away from artists receiving heavy rotation, but while most of their albums are redundant, “DaMoeNation” breaks the monotony.

He also leaves some cool renditions for last as gets stuck into “Da Gucci” and “Dear Mama Remix”. I guess people semi-familiar with Moe Dollaz probably have his name synonymous with his rapid-fire delivery, but the truth is, his skill extends much farther than just speed.

What shines about the EP is how it will almost certainly catch everyone off guard. These days, good music is getting harder and harder to find, and that’s where “DaMoeNation” comes into play.