At times, “LifeWork: Passage One – The Question” suggests that L.HUNT has taken all the most emotionally potent and fervently dynamic moments from his life’s experiences and molded them... 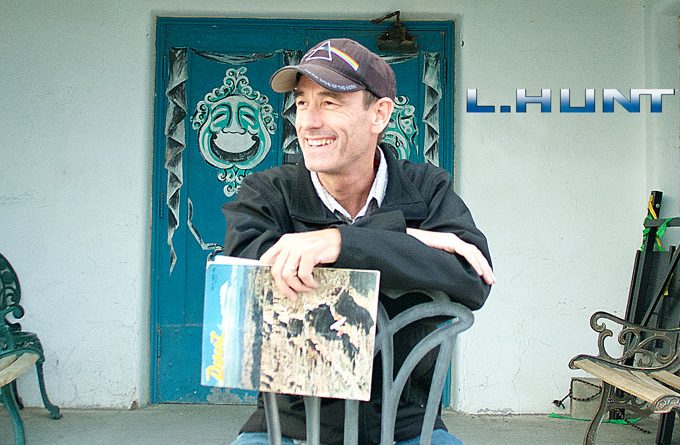 At times, “LifeWork: Passage One – The Question” suggests that L.HUNT has taken all the most emotionally potent and fervently dynamic moments from his life’s experiences and molded them into some new, exponentially emboldened musical form. The wonderfully fluid way that the epic songs glide through their creative fragments recall the deft melodrama of progressive rock’s legendary concept pieces during the seventies, but produced with the technology of the 21st Century.  Bold, via its unsettling mutations and simultaneously dark and trippy soundscapes, it’s simply spellbinding. But even beyond the refining and redefining of their known qualities, the album feels like an imperious stride forward, the spikiness of its lyrical undertow making a mockery of the current wave of modern rock bands vying for chart positions.

L.HUNT’s music is both deeply moving and quietly thrilling: the sound of an artist completely engaged with his music, his world view and his reasons for giving a shit about the workings of humanity, and the human mind. “LifeWork: Passage One – The Question” is an album of great depth, huge heart and dizzying finesse. 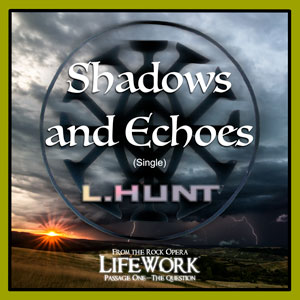 Taken from the album comes the single “Shadows and Echoes” with lyrics by L.HUNT and music by Chris Davidson. Each musician in the line-up is performing at their peak here, especially vocalist Syd Greene and guitarist Philip James Ockelford who add shades of melodic warmth and rhythmic dynamism to the piece.

The other outsized personality on the recording is keyboard player Ori Shlez. His sound’s move from tenderness to sonic bliss. Holding down an insistent heartbeat throughout is drummer Andrey Golodukhin. From the edges, vibraphonist Giovanni Perin adds in texture here, patterns there, and at times these don’t call attention to themselves. But when the emotion demands it, his presence is irrefutable.

This is a track (and album) that could not have been made within the ‘commercial marketing system’ of music-making. It has an aversion to the common verse-chorus-verse song construction, hence no label would even get past the title, never mind spend time with the music…unfortunately.

And that’s why we have the music we have on mainstream radio. In order to get the full measure of “Shadows and Echoes” you need to give the music your full attention. That requires an act of trust, and if you can’t relinquish that, this record’s not for you. Though it might be about you…

This is an uncompromising, but altogether magnificent recording. Where L.HUNT’s lyrics and Syd Greene’s melodic vocals take the limelight, the music is a consistently palatable background showcasing its neo-prog core and sprinklings of cinematic grandeur.

This is a project that has nurtured its exceptional talent with care and spectacular attention to detail. L.HUNT is an artist who challenges himself to raise the artistic and performance bar; who treats his audience with respect and intelligence.

Renzo: “Whatever You Like” ft. Furious Pablo fits the current landscape