Jake Ward: “Not Too Far to Reach” – a captivating song

After starting out just 3 years ago, Jake Ward and his band is certainly building momentum. They have had 3 consecutive #1 songs on Texas Regional Radio, and last... 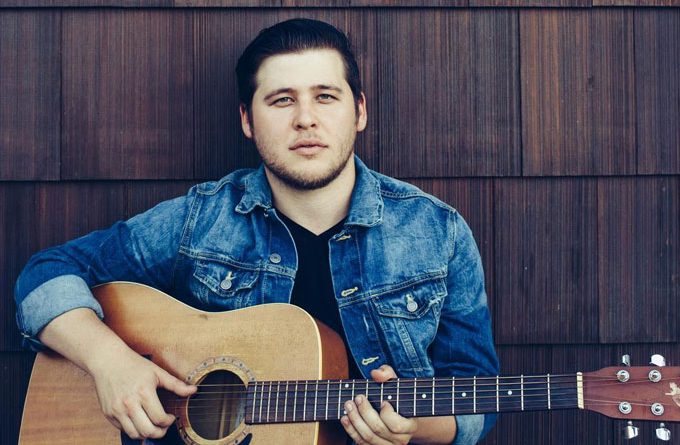 After starting out just 3 years ago, Jake Ward and his band is certainly building momentum. They have had 3 consecutive #1 songs on Texas Regional Radio, and last year they performed the National Anthem before 50K people at a major league baseball game in Texas. Although Jake and the band have a new EP (Not Too Far to Reach) they are already recording the next one. Notwithstanding the demands of touring and booking as an independent artist, Jake is prolific songwriter who composes, either by himself, with his cousin Kris Bergsnes in Nashville, or with other writers in Texas, Nashville, and Georgia.

Jake’s smooth baritone makes him one of the more distinctive voices in today’s indie country music scene and his memorable vocals captivate throughout the entirety of his new song, which is also the title track of his EP, “Not Too Far to Reach”. The singer co-penned the project Davis Corley, Mark Chandler. On this track, Jake proves his staying power as a fan of traditional country by combining it with a modern day flair.

The song feels like a perfect piece of ear candy for both radio airplay and a live show. It’s a slow and steady sing-a-long ready song which finds Jake singing about the type of woman who just grabs your attention, and before you know it, becomes the absolute center of your world. The narrative has a nice twist at the end.

“Not Too Far to Reach” starts with an exciting twangy acoustic guitar and fiddle intro, and then flows into a more traditional country sound. It has such a nice swing in the chorus section that will make you sway along to it.

This is a truly a captivating song with irresistible moments instrumentally, and lyrics which are well written, leaving you in a pensive mood when it finishes. The verses melodically blend like relaxed balladry, taken from Jake’s stocked creative arsenal, with a strong chorus. Which is part of what makes the song work as well as it does and why it’s the anchor for his EP. The song also has some really interesting production choices creating a memorable mid-tempo track.

Jake Ward has definitely found a sonic groove with “Not Too Far to Reach”. His voice is perfection on this release.  Basically, he could sing the phonebook and make it sound good with his distinctive voice. Jake exhibits such control with this piece, showing that he can be a powerhouse vocalist when he wants to or sing a beautiful, slower ballad flawlessly.

He has obviously worked very hard to get where he is and maintains a strong work ethic throughout, which is why it is not hard to imagine that he will soon find greater success. The talent is there, the quality is there, and the voice is there. Ultimately, Jake Ward is capable of producing Country, and contemporary pop-rock music, of the highest quality, for an even wider audience than he is currently aiming at.

Jake who performed for the first time at the age of 7 at church, now plays shows throughout Texas with some of the biggest industry names in the area, including Aaron Watson, Chris Young, Randy Rogers, Wade Bowen, Cody Johnson, Kevin Fowler, Stoney Larue, Roger Creager, Reckless Kelly, Whiskey Myers, and Kyle Park, among others.