Chris Abelen is a Dutch jazz trombonist, composer and bandleader. Abelen started his professional career as a member of the Willem Breuker Kollektief band. When he left this band...

Chris Abelen is a Dutch jazz trombonist, composer and bandleader. Abelen started his professional career as a member of the Willem Breuker Kollektief band. When he left this band in 1988 he started his own forming his own bands. All compositions for these bands were, and are, written by Abelen, from jazz quartet to big-band arrangements. Chris has just recently released a 22 track album project, entitled “Songs on the eve of dismissal”. The album is divided into two sets of instrumental and vocal pieces. One set has nine vocal tracks, which features the voice of Lorena del Mar. The interesting, and most distinguishing element, about this album – apart from the music – is that the narrative has at its core, the theme of working in an office, and all its connected situations and emotions. In music as in many other art forms, everything done, has always been done before in some other way. I have to say that I have never come across an entire project, in all of my lifetime based entirely on this subject.

And it’s not treated superficially either, as Chris Abelen himself considers “Songs on the eve of dismissal”, an extremely serious endeavor. So much so that he is busy working on a theatrical adaption of the project. So what does it sound like? Well if translation of office work into sound was like this album, I would be tempted to go there every day!

There was a time when melodic music was not especially fashionable with hard-liner jazz fans. “Too lightweight,” “white-key jazz,” “commercial pop-jazz” were some of the less offensive descriptions that were applied. Those labels have long gone, as jazz has expanded and contaminated a series of other genres. And now Chris Abelen takes it another step further, into the concept album and modern day musical opera era.

Genius or madness? Only time will tell. For now just sit back and listen to a master musician and composer apply his craft in a very accessible manner for even non-jazz fans. The vocal melodies and Lorena del Mar in particular infuse the underlying jazz instrumentation, and stunning brass section, with plenty of smooth Pop power to satisfy any set of ears. It’s all held together by a common musical motif. So the album strives to be cohesive.

It’s like a well-written essay, where there’s a clear thesis and the ideas line up nicely from track one. The interplay between the musicians, the moods cast in every piece, the honor paid to the narrative, the rarity of everyone in top form, and Abelen’s beautiful  trombone that dwells around in the atmosphere of each piece, makes this a choice part of anyone’s modern music collection. 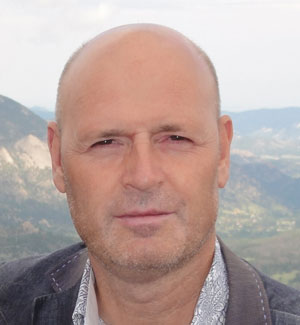 Chris Abelen creates a perfect sound balance between the acoustic substance of the brass section, the double bass, and the electric guitar. While he also leaves ample space for the drum moods and instrumental solos, which in an offering of this type requires careful arranging if to avoid over-exuberant, pretentious and over long songs.

The result is an accomplished and artistically mature recording. In an album of this nature, choosing singular tracks becomes an arduous and superfluous task.  As either musically or vocally, each song harbors elements that that make them more enjoyable or more outstanding.

For example, I adore the brass arrangements and their execution on “Off-Site Weekend” and “Out Of The Box”. I also thoroughly enjoyed the saxophone on “Honey Text Me Back”. Well, at least as much as I liked the drum work on “Nobody Told Me”, and the guitar on “At Home”.

So you see songs in themselves are subjective, but what impresses anybody overall, is the entirety of this project – its vision and its scope – which goes well above jamming a couple of songs and improvising over the top. And from what I can gather, Chris Abelen has not even finished with the “Songs on the eve of dismissal” project yet!

SLICKSLICK:“SHE WANT ALL THE FAME” – A 10 Track Beat Album!