White. Female. Model. Mom. There’s an awful lot about Phreckle$ that marks her out as not your usual hip-hop star. But she has endured the ‘outsider’ status from an early age.... 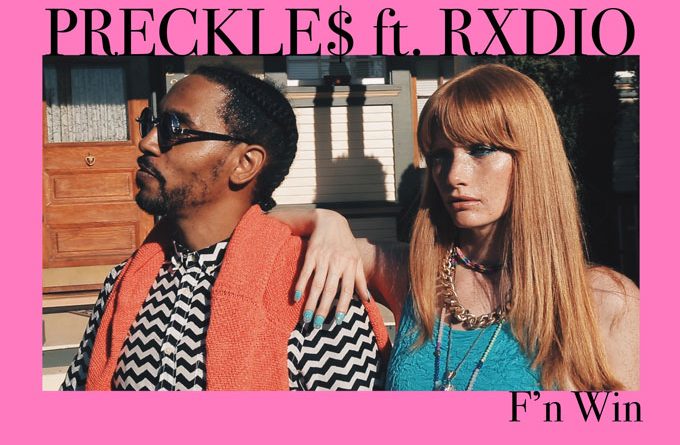 White. Female. Model. Mom. There’s an awful lot about Phreckle$ that marks her out as not your usual hip-hop star. But she has endured the ‘outsider’ status from an early age. By 12 she was playing trumpet in Carnegie Hall after learning to play the instrument at the age of 9. By 17 she was playing bass in three different punk bands. Pregnant at 19.  A single mom coming out of an abusive relationship by the time she turned 20. All this meant she had to put her musical aspirations on ice, and find instant financial income, for herself, and her daughter. Becoming an internationally signed model quickly kept the wolf from the door, and put her on the map worldwide, but did not remove the passion from her heart. A brief dating stint with a music artist and producer reignited her artistic flame, as she learned to use a new instrument – her voice. These are the details that suggest she’s an extraordinary person, one with an incredible story.

Still working with top photographers and magazines across the globe, Phreckle$ now finds the time to pursue her musical grind, and has just dropped a brand new single, entitled “Fn Win” featuring Rxdio who also produced the track. Phreckle$ has clearly put a lot of effort into her craft. 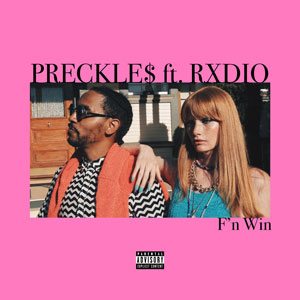 And at the same time, she proves that artfulness is well within her grasp; as is entertainment. Her verses are well-written, in terms of their shape, cadence, and structure, and the lyrics are specific and focused. Often, she aspires to inspirational, and the effect is hypnotic, leaving listeners in a nebula of allure.

On “Fn Win” ft. Rxdio, Phreckle$ demonstrates that she is a rapper for whom reality and skill intersects, an artist whose biography influences the dramatic weight of her words. Over the dark, cinematic beat, she ably shares the urgent and claustrophobic rhymes Rxdio spits in angst and defiance.

The theatrics of inner struggles are all there; the details soon follow suit. This is a fierce and vaguely sinister sounding statement of intent – In the face of adversity, Phreckle$ has her mind set on winning.

From beginning to end, both Phreckle$ and Rxdio command attention and steers this track down a completely different direction than the usual pop-rap productions. “Fn Win” ft. Rxdio proves that you can produce a mesmeric track which captivates and holds your attention, without a pop hook stuck in the middle.

Hopefully the track will deservedly do some damage on the radio, while the music video in support of “Fn Win” ft. Rxdio should also easily rack its share of multiple views. Without a doubt, Phreckle$ is the real deal. She always knew it; now you do too.

NazB: “When We Were Young” – slow-burning and reflective