Suki Rae absolutely knocks it out of the park, and you’ll love every single song on her brand new album “Can’t Stop Now”. Wholesome, enjoyable, uplifting and overall a solid recording. Suki has expanded on her sound compared to previous albums, adding in diverse orchestration and styles as the songs draw from spiritual, gospel, singer-songwriter, blues, and even Native American influences. The content is original and nothing like the cliched rubbish littering the mainstream music scene today. Her performances are enterprising and fantastic, exhibiting great control and confidence no matter which instrument she touches; she plays flute, keyboards, and sings, as well as wrote all the songs and produced this 10 track album.

Internationally performing flutist, singer, and songwriter Suki Rae has been on the scene for over twenty years. She has appeared on Radio, TV, and in Theater and Film. The multiple award-winning artist, also appeared in “Dig your Soul on the Streets” with the rock band OASIS. Suki received a grant from Manhattan Cultural Council to lead peace songwriting workshops, culminating in a peace concert at St. Mark’s Church, and wrote, directed and starred in her autobiographical musical at the Writer’s Voice. 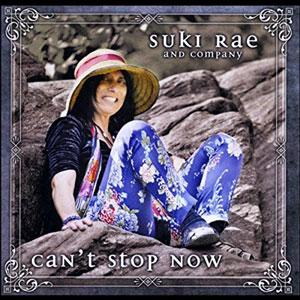 She has released six recordings of original music. Her seventh release, the album, “Can’t Stop Now” drops on all major digital download stores April 13th 2018, and Suki Rae will be performing live at the CD’s Release Party on April 22 at the Sidewalk Cafe in NYC.

The album clocks in at just over 43 minutes, and is comparable to a live set in its dynamism and charisma. Suki Rae put a great deal of effort into the collection of songs that is included here, and the sequence that they are presented, in order to provide the listening experience exactly the way she wanted it.

It was worth the effort, and listening to the album from beginning to end, there is nothing discordant about how the music flows from one song to the other. Each of the songs brings its own message and meaning, and the overall experience is, well, it sounds just like a creative joyful experience should sound!

Right from the opening track, “Peace by Piece” (feat. Andru Cann & Benita Charles), you’ll dig the very 70’s bright chill, and groovy production. It is very telling of how Suki’s musical brain really works – more creativity, less commercialism. The songs are brilliantly written, and everyone is in fine voice as the production is radiant and alluring. 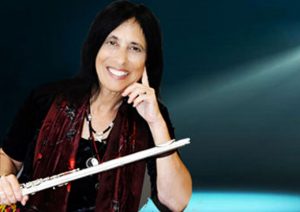 “Water from the Fountain (Peace on Earth) [feat. Andru Cann & Benita Charles]” is a prayer for peace and brotherhood carefully constructed on a set of changing tempos and a world music soundscape. Pure crystalline harmonic beauty, comes by way of the ethereal sounding “Walking Mandala” (feat. Sumati Bates & Greg Cross), which finds its major tonicity in the layered vocals. “Waitin’ for the Light” (feat. Ryan Sam) showcases another stunning melody by the powerful voice of Benita Charles and an inspiring lyric sheet, while the bluesy “There’s Someone (Watchin’ over You)” [feat. Andru Cann] as a gritty edge.

Running through these songs, it becomes noticeable that one can relate to these works on a descriptive intellectual level – in other words an exact and true understanding of the meaning of the lyrics – as well as on a more abstract spiritual and emotive level. At times one gets the feeling that some of these songs could easily qualify as secular hymns.

The writing is as sweet as the music all throughout the album. Suki Rae never disappoints and the arrangements, musicianship, as well as the amazing musicians and singers she surrounds himself with are superb. I will highly recommend this as an innovative and fresh patchwork of creative musical art from a mature, eclectic and confident artist.

Bizz The Prince “Against The Grain” EP Produced by 4th Disciple On Pre-Order Now!