Marcoof500: “Take Me Away” – thoughtful, introspective and emotionally resonant

“Take Me Away” is the brand new single by Marcoof500, taken from the album, “The Travels Of Marco“. Hailing from Virginia (USA), Marcoof500 is an up-and-coming hip-hop artist and... 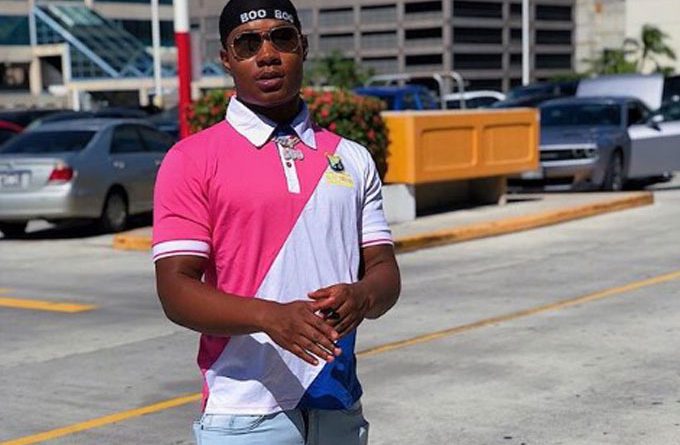 “Take Me Away” is the brand new single by Marcoof500, taken from the album, “The Travels Of Marco“. Hailing from Virginia (USA), Marcoof500 is an up-and-coming hip-hop artist and entrepreneur paving his own way to the top, through an honest mix of precise bars and slick production. Inspired by the likes of Lil JoJo, Tay Sav and PBG, the young rapper has been an emerging name in the underground game for some time now. Starting out as CEO of his own label, ‘500entertainmentllc’ (500 Cartel). Marco is steadily on the rise following a string of successful, well-received releases. On “Take Me Away” Marco’s lyrical complexities are given the perfect supporting soundscape, always supplementing him and never detracting from the focal point: Marcoof500’s thoughts.

Throughout his album, “The Travels Of Marco“, Marcoof500 is in peak lyrical form, displaying wit and ferocity, but as it’s always the case with talented rappers, that’s only half of the picture. On “Take Me Away” Marco’s emotional honesty and vulnerability is a strong suit, and a key point with which fans can relate to.

On a broad level, the track manages to compile all of the aspects that make Marco a great emcee while maintaining the honesty and vulnerability that will surely help champion his cause Joe throughout his potential career. 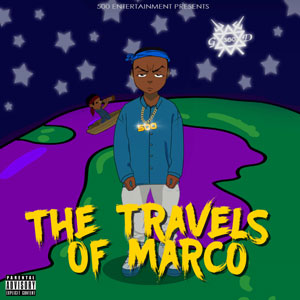 With this track, and the new album, Marcoof500 reminds us that he’s an emcee first and foremost, and still perfectly capable of delivering quality music, as well as stirring the pot when needed. Purposeful, poignant, and perhaps most surprisingly, peaceful, Marco delivers a storytelling tone that twists to a melodic chorus with ease.

This is clearly a thoughtful, introspective and emotionally resonant piece of music. It’s a style that is often found on the album, and rooted in his tenacity to create soul-baring music that reveal more about life than most artists can experience by the time their ‘greatest hits’ lands on the shelve.

As opposed to many up and coming artists who are just byproducts of a saturated industry built on expectations, Marcoof500 is an honest, intelligent craftsman of the English vernacular. But on “Take Me Away” the music definitely speaks for itself.

It is truly something, to feel completely enveloped by his tellings which is crafted with such skill that they drip with originality and honesty. Many artists have a hard time maintaining even three or four minutes of my attention. Here though, no second feels unwarranted.

The mood, instrumentally induced, perfectly aligns with Marco’s lyrical context, forming vivid scenes rather than simple sentences. Here, simplicity is key, the production is extremely fine-tuned yet stripped down to the essentials, making luscious keyboard beds and tight percussive pockets for Marco’s voice to slide into.

It helps that his voice is center stage expressing a clarity that can only be possessed by someone who fully understands his doings. Rhythmically, each bar is delivered effortlessly, melding into conversational dialogues between Marcoof500 and his thoughts. What else are you looking for in rap music?