Zero Discipline: “Love Me (Like I Love You)” – deliciously captivating! 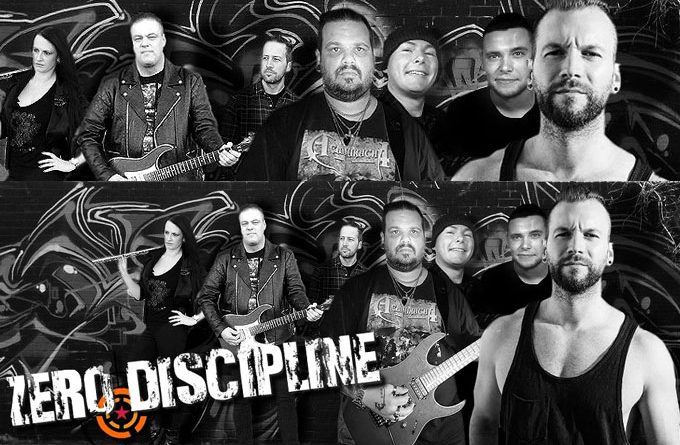 Zero Discipline are a 7 piece Rock Band whose members from the UK, USA & Australia. The band consists of Chris Hodges (Lead Vocals) from Los Angeles, Paul Twiddy (Lead Guitar), Gareth Shillinglaw (Drums), Dominic Hammill (Bass), Mark Carillies (Guitar) and Sally Shillinglaw (Keyboards, Vocals) from the UK and Matt Graty (Guitar) from Australia. They formed in 2017 to write their own original melodic rock tracks, and have the ‘Elaborate Affairs’ album coming out early in 2019. In the meantime the band officially kick off their recording campaign with the single, “Love Me (Like I Love You)”. The scariest part about me listening to this new single, is that after the first eight bars, I realized Zero Discipline may never reach the successful commercial heights they would rightfully deserve. 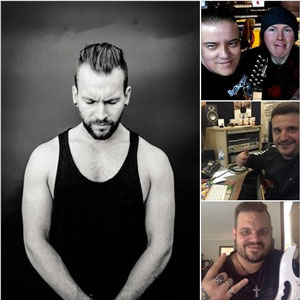 And that’s simply because there is no divine justice in today’s twisted world of so-called music, for artists who play real instruments or who can actually sing in tune, without the aid of manipulative software. And that’s a damn shame, because these guys and a girl play their asses off, sing like hell, and deliver out the most infectious melodic rock heard on any side of the ocean in many a year.

In fact you’d need to roll back to the eighties and early nineties, to legendary group’s like Asia, Journey, Toto, Kansas, Chicago, Bon Jovi and Def Leppard, among many others, to find the same kind of kickass rhythms, luxuriously expansive arrangements, extremely accessible melodies, and rock solid instrumental prowess.

Zero Discipline is a warm organic anomaly in an ice-cold digital world, that’s why they’re so fucking irresistible. Please people don’t cheat the craft. Invest in the future of real music if you still want to be able to get interesting, meaningful, and worthwhile records years from now. And “Love Me (Like I Love You)” is a great place to start.

The imagery and life reflections expressed in the lyrics are absolutely soul-searing, hard hitting, and in many ways true for many of us. The musical creativity of this song is so right on point, and the musicianship is beyond. Chris Hodges is awesome on the lead vocals, while the high-rising backup harmonies are deliciously captivating. 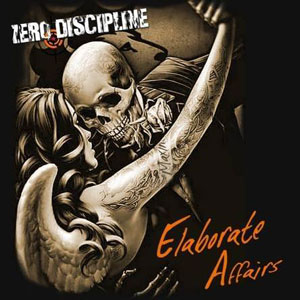 The barrage of phenomenal musicianship, drive and energy, from verse to chorus is dramatic, uplifting, and majestic. It’s also the perfect foundation for some searing guitar work and a scorching lead solo. “Love Me (Like I Love You)” is an excellently written and performed song that is classic melodic-rock, but yet sounds refreshingly new and easy to listen to.

It is a magnificently engaging song that is packed with lots of addictive ear candy. I wasn’t sure what to expect from Zero Discipline, but they blew me out of the water. To say that every member of the band rose to the occasion would be a gross understatement. This track is a lesson in songwriting and excellent arranging.

The actual playing of the instruments, in all of their jaw dropping presentations, will have me revisiting this band for some time to come. “Love Me (Like I Love You)”, and subsequently, without a doubt, the upcoming album, sounds like a prized possession for anyone who has any level of appreciation of quality music made with thoughtful devotion and care.

If you have any affinity for melodic rock, take a serious listen to Zero Discipline, they will reach out and grab you from the first note, take you on a massive roller-coaster ride, and leave you wanting more.

Kim Nain: “Deal Wid It” – ready to emerge as a top international artist