Thuggizzle: “Get Cha Hustle Up” is an impressive effort

Freestyler Thuggizzle prides himself on rhyming off the dome with the ability to think of clever, intricate rhymes on the spot. Despite the wealth of talent Hodge was born... 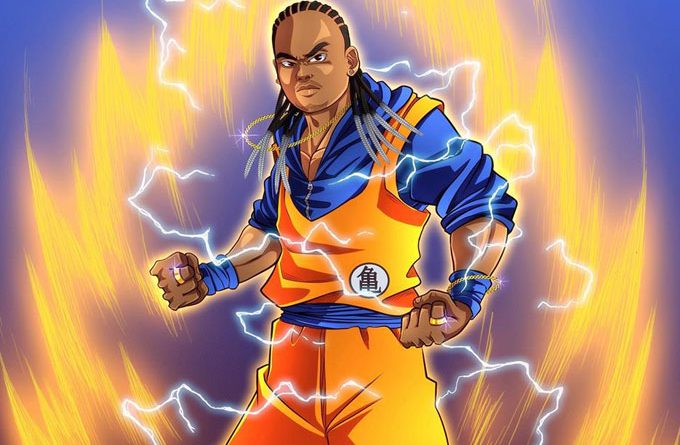 Freestyler Thuggizzle prides himself on rhyming off the dome with the ability to think of clever, intricate rhymes on the spot. Despite the wealth of talent Hodge was born with, the home life of his childhood was one of instability and neglect. I recently run through his catalog and found a rapper with multiple flows, detailed storytelling, thought-provoking lyricism, enthralling music, and sometimes with a video to match. He had me, it only takes one track to make someone a fan, I wasn’t on the bandwagon yet, but he had my interest. If he could deliver more songs that carried this quality, I’d gladly buy a ticket and grab a window seat in the front row. Then I bumped into “Get Cha Hustle Up”. By the end of this track, it became very clear that Thuggizzle is talented, thoughtful, and able to articulate his views straight off the cuff.

Without a doubt, “Get Cha Hustle Up” is an impressive effort. Thuggizzle is a special talent that seems like he is ready and waiting, on the brink of something massive. Here, the Texas rapper sounds fresh and poised for a strong run, leaving fans optimistic about his future. The flame throwing spitta, flows all across the track with ease and delivers a catchy hook.

He certainly doesn’t waste a bar either as he lets everyone know that he’s claiming his stake in the culture. Thuggizzle shows great technique in being able to switch his delivery, a skill that shouldn’t go unappreciated by rap fans across the spectrum.

“Get Cha Hustle Up”, if nothing else, sheds any enigma that may have previously surrounded him, and most other freestylers who work “off the dome”. For most hip-hop fans, when they see the term “freestyle” they think of a rhyme that is made up on the spot.

But that hasn’t always been the case, and examining the changing meanings of the word is a three-decade story from the East Coast to the West and everywhere in between. In the strict sense of the term, “freestyle” has always meant rapping free of style, meaning or subject matter and just rhyming to show off your technical skills.

Thuggizzle rhymes “off the dome”, meaning he has a precise meaning and subject matter to communicate, he just doesn’t write it down and makes up his rhymes on the go. A skill which became an essential part of an emcee’s toolbox during the 1990’s. Thuggizzle is a hip-hop purist. Clearly not taking any shortcuts, the dedication to his craft can be seen in his mind-blowing “off the dome” freestyles.

He is no slouch as an emcee with all the ambition in the world, and a unique voice to separate him from his peers. Lyrically, Thuggizzle treads a line. He’s a prolific performer with a knack for banging out raps at a steady pace. Currently catering to the indie crowd, he’s working towards making an even bigger splash. “Get Cha Hustle Up” is just another milestone along the way.

Alexandra Henderson: “Loving Someone (Who Doesn’t Love You)” – between the sublime and the sensory