George Arriola: “Just Let It Be” – the epitome of musical power and finesse!

George Arriola studied music from Grade School through to College. He sings, plays multiple instruments and enjoys composing music in a number of styles, though he predominantly works with...

George Arriola studied music from Grade School through to College. He sings, plays multiple instruments and enjoys composing music in a number of styles, though he predominantly works with Rock, Jazz-Rock and Christian Rock music. George, who also ran his own successful recording studio in which has released the track, “Just Let It Be“, which is the first single off his album, “The Gift”. Checking out the video of the song, which is available on YouTube, it’s clear why George is known as the One Man Band.

I took a quick run through the entire album, and unlike a lot of other instrumental, and specifically guitar-driven instrumental albums, Arriola doesn’t overdo much here. The compositions are developed, tight and, most importantly, catchy. The solos are very musical, and not just variations of an overlong diatonic scale.

The rhythm sections and melodic leads are stunning too. The songs have a lot of modernity to it, but yet have an odd feeling of old-school progressive and fusion rock, and this actually comes with some great results. The affable arrangements of these songs will strike all the right chords with anyone who comes by it.

A really special song on this record is “Just Let It Be”, which has to be in your list of essentials for this year. The production quality on this track is as sweet as George Arriola’s tone and guitar licks. The energy in the music and fun in performing all the instruments on it, not only makes the song mesmerizing, but also absolutely entertaining.

A rocking track in every sense, Arriola flabbergasts us with his instrumental dexterity. From the guitar, to the bass and drums, as well as the keyboards, his performances are simply sensational in every sense. 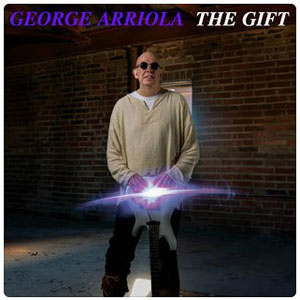 But again, Arriola never overplays anything, it’s just how perfectly he stays within context on each instrument and plays with confidence. The composition of the music features good weightage on all the instruments and nothing seems to be under performed here either, making it a treat for listeners and an inspiration for musicians alike.

Jam-packed with good notes, for the legion of guitarists always anticipating this kind of music, in hopes of busting their chops, “Just Let It Be” delivers in spades. With a host of both nostalgic and contemporary tones, the track is the epitome of musical power and finesse.

“Just Let It Be” is a big sounding track with enough twists and turns to make the arrangement sound both dynamic and interesting. There are plenty of incendiary guitar breaks and harmony guitar parts, but Arriola also demonstrates a lightness of touch which is almost playful at times.

This aspect is offset by several bone-crushing moments that cleverly balances the complex with the accessible.  George Arriola’s musical knowledge, breathless multi-instrumental playing, and imaginative arrangements shape the musical vision of a rocker with a penchant for real songs!