“Curly Hair” is the new feel good single taken from the second The Love Theme album which is due out later this year. The Love Theme project is the... 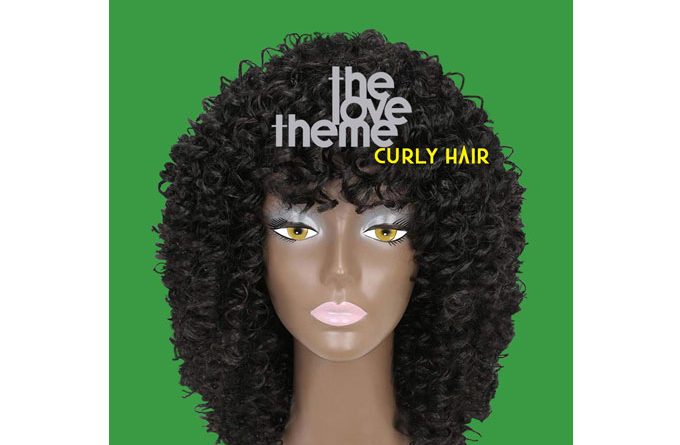 “Curly Hair” is the new feel good single taken from the second The Love Theme album which is due out later this year. The Love Theme project is the brainchild and creation of Producer Dominic Owen, who also runs Smokersblend Records and Audioblend Mastering. Dominic has produced & mixed songs for Notorious B.I.G, Lil Kim, Rakim, Seal, Khadeja, Anthony Hamilton, Colin Cooper, Damage, Andy Abraham, Charlie Sloth, Julian Marley and many more. He has scored several television commercials and documentaries, with his music appearing regularly on CNN, Sky Sports, The History Channel and National Geographic Channel.

The Love Theme’s latest track, “Curly Hair”, features vocals from the late Colin Cooper (Dominic’s uncle) the founder and lead singer of the legendary Climax Blues Band whose record “Couldn’t Get It Right” was a huge hit in 1976. Dominic’s lush arranging and sampling is his trademark and he has subsequently become one of the true masters of the boom bap sound for me.

Hip hop always builds on memories of the past, but few have been so openly nostalgic for the good old ‘Golden Era’ sounds as The Love Theme. Hip hop is full of onomatopoeia, but there’s perhaps none more evocative and concrete than boom bap—the boom is the kick drum and the bap is the snare, obviously.

Considering how the overwhelming majority of popular music is driven by kick/snare rhythms, it might be faintly absurd to attach the phrase to a particular style of breakbeat-driven hip-hop music. But as The Love Theme so eloquently demonstrates in its releases, over claps and snares, boom bap increasingly carries a very specific meaning about a very particular type of hip hop, from a very particular musical culture.

The smooth jazzy instrumentation on top, the swing in the groove, the chord progressions, and the soulful vocal intonations, are all part of the formula of Dominic Owen’s renaissance of the boom bap sound. A true genius behind the boards, this innovator builds on the future by extracting from the past. And “Curly Hair”, is just another exquisite example of his stylistic beat-making.

While boom bap tends to worship a stripped-down, back-to-basics approach, The Love Theme’s approach is more open-minded on “Curly Hair”: Dominic takes the sound as a starting point and then incorporates his layers of brass, keyboards, guitars, fiddle and handpicked samples. On top of this groovy slap and kick backdrop, he squeezes in the resonating vocal tones of Colin Cooper.

The result is an eccentric jazz-based, and extremely melodic beat that will keep the repeat button going. There’s more of an appetite for this mixture of sounds than there used to be, and The Love Theme is taking his own niche sound into established legacies of Hip Hop producers.

A potential future legend is among us, and believe me, a decade from now, Dominic Owen, and all of his monikers, will be among your favorite producers list. But be clear, he’s nowhere near done, and that’s all kinds of exciting right now!