One artist to look out for on the O.M.G Entertainment Inc. label is Rap Artist Hecdakid, who just dropped his fresh out of the oven video for “Glory”. The... 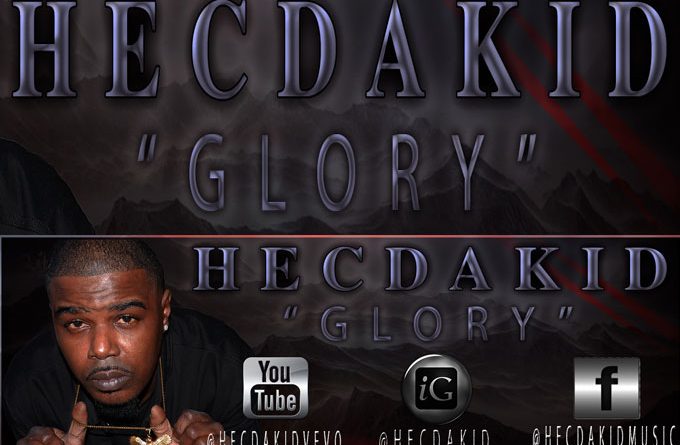 One artist to look out for on the O.M.G Entertainment Inc. label is Rap Artist Hecdakid, who just dropped his fresh out of the oven video for “Glory”. The Green Bay, Wisconsin born rapper and Hip-Hop artist began his musical career drumming and rapping with friends which encouraged him to learn how to write his on rhymes and songs. Since those early days he has now mastered his craft and has become a fully-fledged musical artist with fans all over the world.

Hecdakid who was nominated for the MKE Awards Music Artist of the year in 2016 is no stranger to performing and sharing the stage and limelight with major league artists. He did a show for Rapsheet Magazine among the likes of Run DMC, Ice T, Busta Rhymes, Method Man and Redman, Gangstarr (RIP Fam!), Miami’s own the Zoe Pound, and McGruff. The depth and expanse of his abilities are boundless. He makes music from a variety of spaces, fusing sounds across genres to make the best melodies. Throughout the course of his musical career, he has won over the hearts of music lovers from all walks of life; performing at a variety of venues, and making loads of public appearances.

Hecdakid’s hip hop style is notable due to its lyrical depth and narrative that’s refreshingly substantive. Hec shows his versatility by spitting bars and not just playing around. “It is my emotions, feelings, anger, aggression and also frustration,” says Hec.

The word HEC is a short acronym that represents the artist’s unique name and performance activities. It stands for Hyper-Energetic-Creativity (HEC) which illustrates his career movement presented to his worldwide fan-base within each song he writes and performs.

O.M.G Entertainment, Inc. which was also responsible for releasing the acclaimed “Keys To The M.O.E” album, is planning to set the industry alight of the next few months with a series of new artists and releases. Hecdakid’s brand new official video for his latest single “Glory,” which was shot on location in Atlanta, and directed by his label mate Kilo M.O.E, is just the start.

Vaxxo: “Turn The Page” – a real rush to the head and the heart!