An 80’s kid, Hakan Sunar grew up during the New Romantic era of electro-pop, fronted by artists like OMD, Human League, Ultravox and the like. Suffering from a disease... 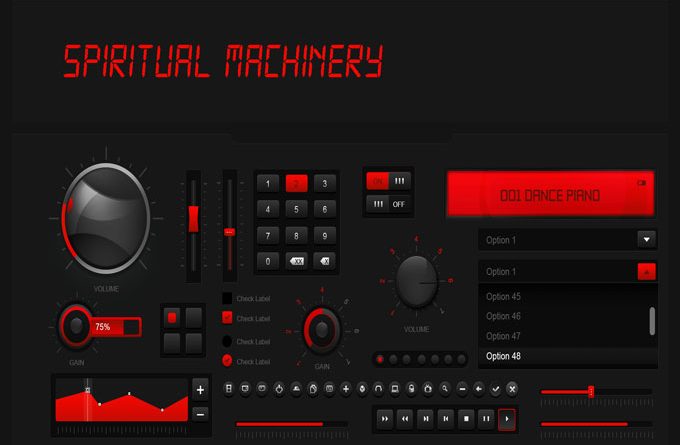 An 80’s kid, Hakan Sunar grew up during the New Romantic era of electro-pop, fronted by artists like OMD, Human League, Ultravox and the like. Suffering from a disease called glaucoma did not stop him pursuing his musical passion, so in 2017 Hakan founded the electronic music project called Spiritual Machinery as a solo project which has now evolved into a collaborative endeavor with diverse musicians, producers and singers checking in. The project’s single release “The Greedy Man”, is a perfect example of the breadth and scope of Spiritual Machinery’s artistic reach. If on listening to the song you suspect traces of Bronski Beat and Depeche Mode, you won’t be far wrong, as Hakan himself explains: “It started out as an accident or a cause of laziness. Instead of starting a new project I accidentally opened an old project containing a half finished cover of Bronski Beat’s “Smalltown Boy”. So I went on deleting all instrument tracks except one containing an 8 or 16 bar pad. I then built the rest of the song around that chord progression. And so the chorus of The Greedy Man has a strong resemblance to Smalltown Boy.”

Continuing, Hakan further elaborates on the techniques used to complete “The Greedy Man”: “It might appear as if the song doesn’t contain many instruments or tracks. But there are actually quite a few elements in there, and quite a bit of layering as well. The main bass sound comes from an Arturia CS-80 and a PolyKB 11. The kick is a pitched up 808, while snare and percussion sounds are all from Grove Agent 4. The atmospheric wind sound, and the choir sound comes from a factory preset from the original Emulator II,” explains Hakan, “while the crows in the intro is just one single crow sound with added delay.”

Alice Leonz, after playing around with melody, soon discovered the similarities to a Depeche Mode sonic aura, so she and Hakan decided to purposely head in that direction. After establishing the beat and groove, Hakan thought there was something missing on the track, so he asked British bluegrass guitarist Tobias Wilson to add some guitars.

Now the final mix contains three different guitar tracks – electric guitar, acoustic guitar as well as a Dobro guitar. The narrative was based on an article Hakan read about the Panana papers at the time, and pretty much sums up the social, cultural and political climate we currently live in.

The result reveals that Spiritual Machinery possess an uncanny skill for crafting superb slices of electro-pop and synthwave, blended with soul-stirring organic elements. “The Greedy Man” quickly establishes the project’s modus operandi as finely woven layers of synths and smooth female vocals float above resonating basslines so crisp and clean you could eat off them. ​

The pulsing rhythm and waves of keys, all buffed to a shiny chrome finish, wash over the song without ever burying its infectious melody. At this point, it is clear that Spiritual Machinery is as much concerned with form and function, as it is with style and substance.

The track also showcases Hakan’s ability for mixing vocals into his music, adding human warmth to his songs, while the guitars deftly wind their way between the beat and atmosphere. The song has a propulsive feel, and is one of the project’s most epic moments, as well as its most accessible, judging by the fact that it is one of Spiritual Machinery’s fan favorites. I personally, got quickly addicted to the effortless grace the track exudes in its finest moments.

The precision engineering and production behind the track never seems to wear out, no matter how many times you listen to it. While the vocals give it a subtle warmth that’s both unexpected and affecting, regardless of the cutting narrative: “Look at that big evil man. He grabs everything he can. Big and small. He wants it all. Nothing satisfy his soul.” “The Greedy Man” pulsates and swells, achieving a layered sonic density that runs contrary to any impressions of slightness.