endresult: “nowadays” seeps into your eardrums!

A musician from Libertyville, Illinois, endresult is about to graduate high school. His main instruments are piano, vocal, and most importantly double bass. Recently he has also been exploring...

A musician from Libertyville, Illinois, endresult is about to graduate high school. His main instruments are piano, vocal, and most importantly double bass. Recently he has also been exploring guitar and electric bass. He has been producing for 4 years and is into a funky and head-bopping electronic music. On the verge of 2020, the music scene is immensely different. The radio is infested with rap and EDM artists of today looking for that next big hit or club banger. Every now and then someone comes along to diffuse any pessimism one might have about the rest of the popular music scene. 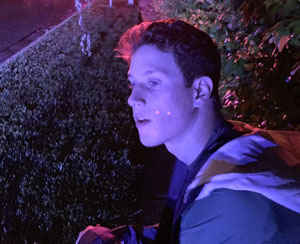 There is no denying endresult brings his own fresh take on pop, soul, R&B and even jazz flavors. He is staking his claim in a hybrid smooth-groove genre, and anyone that tries to move in on that territory will eventually get compared to him.

Once his latest 4 track project, “nowadays” seeps into your eardrums, the effect endresult’s music has on you is unmistakable. He gives all that he has to make you feel the music, so you get the sense that his sound will delves deeper than any gloss and glam.

You can relish the soul of a young man who masterfully wraps a melody around his far-reaching voice and falsetto. What amazes me is how confidently endresult is able to glow alongside the features on “slow” and “the golden ages”, just as easily as he does on the honey-dipped solo efforts like “lost again” and “nowadays”.

His lyrics can be mellow, sweet and tranquil, or direct and bold, but it’s his melodies and vocal deliveries that impress most. endresult has a keen ear for floating, high-ceiling harmonies all of which are forged on “slow”, alongside Bailey Latka, as the two proceed to delight our ears with sultry and soulful interchanges.

The production, both edgy and slick, is interesting and catchy enough for mainstream scrutiny, and wouldn’t be out of place on the Top40, amongst its peers. On “lost again” the mix is vibrant and loose, giving the impression of a live performance. The sparkle of the performance buoyancy is captivating, as endresult runs the gamut of his vocal intonations with passion and feeling.

The title track, “nowadays” grabs you from the jump with a percolating synth and urban-styled drums. The song has a remarkable, flowing and soulful quality that really stands out. endresult’s explicit swagger and easy confidence translates to a slow-burning groove that mesmerizes the senses.

Underneath this bravado is an artist who is able to instantly change the sonic scenario. Something he does on the breezy and jazzy swing of “the golden ages” – a romantic motif featuring the shimmering keys of Dylan Trott and the joyful clarinet of David Lee.

This project defines a confident, bold and charismatic collection of songs perfect for any heatwave, and I can imagine chilling and sipping martinis by the pool whilst these grooves blast from the speakers. Furthermore, endresult’s distinctive and soulful voice should see him reaping rich rewards in the future.

Mango’s Daddy: “I’m Not The Only One” speaks to the human heart