P’like – “De Anima” reigns supreme in all of their catalogue!

P’like is what is known as a truly artistic listening experience, a quietly brazen, dark electro project made up of producer/composer Mad Madam Em and production/ soundscape artist ASH....

P’like is what is known as a truly artistic listening experience, a quietly brazen, dark electro project made up of producer/composer Mad Madam Em and production/ soundscape artist ASH. Together they are ever-so-different from anyone else through their sheer originality and independence from mainstream music. Alongside their intimately aching, and beautifully blooming noir electronica, features the ethereal vocalizations of Holly Drummond, Jovani Occomy, and Zara Taylor. 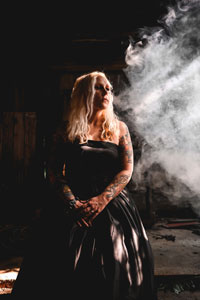 Their latest album, “De Anima”, is a gorgeously smoldering piece of work. Ever since 2014’s 47th Helen, P’like have taken advantage of using the studio as an instrument, but never has it been so effectively done. It’s the dynamic subtleness in the production of this latest release that really brings forth the creativity and originality that we have come to expect from this Champaign-based project.

Aside from the production, the actual music on “De Anima” seems to carry a theatrical quality. And the album even flows like a movie, drawing you into P’like’s elegantly mysterious brand of sounds. The album – starting from the opener “Jericho” – takes advantage of the synth orchestrations and clever drumbeat programming that is spread throughout this recording.

And because of the warm use of celestial vocals, “De Anima” has an uplifting quality that raises the emotion meter a couple notches. The music definitely has adequate open spaces within its highly structured arrangements to let the words tell the story along with the music.

Of all the dark electro albums released this year, “De Anima” is one of the most impressive and cohesive. An album that caused me to occasionally shake my head in admiration. It’s not often that an album can really move you the way “De Anima” has the potential to.

This happens with subtle, but determined force, on “The Banished”. The battery of drums drag the rhythm forward, while the scalding synths underscore the ethereal hard-to-resist melody.

“Strange Melody” is even darker, and more whimsical, basking in the esoteric hide-and-seek of burgeoning percussion and layers of icy breezes of soprano cherubs.  The subtle cinematic twitches and samplings, the rich string flourishes, the pulsating bass, all add to the indelible amount of creative density on “Metanoia”.

Though somehow linked, every song has its own flair, its own personality. “The Maiden Wound” also burns with hugely atmospheric instrumentation and evocative vocals. “Subliminal” rides on the most accessible and captivating drum programming on the album.

The vocals don’t dominate the attention as such on “The Maiden Wound”; they just work in perfect harmony with the instrumental portion of the track to create an experience that is quite unlike any other here. 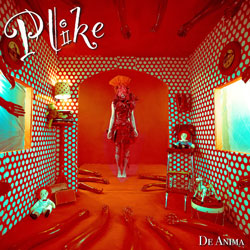 “The Shadow Effect” is more abrasive and futuristic in its sonic approach, with spoken word samples mingling in alongside the choral sweeps and driving percussion. A sense of hushed, haunted twilight invades the cumulative soundscape of “Syzygy”, which features a collaboration between Mad Madam Em and Friendly Timo of The Fair Attempts.

The two artists, slice through the harmony and hazy ambience with fiery but understated intensity. In the end, the selection of songs in “De Anima” effectively represents the profound spectrum of P’like’s work, in both aspects of, technical artistry and emotional impact.

RE Moesli – “El Lapicero” – an ear worm and a fiery booty-shaker!

Suburbs – “The Sound of the Sea” – too many great moments to pin point!