The Brilliance – “Suite No. 2 World Keeps Spinning; An Antidote to Modern Anxiety” has shape-shifting qualities!

The Brilliance must have an inner desire to be experimental, classic and popular; they have a propensity for high-mindedness and sweeping orchestral instrumentals, and an obsession with dressing up... 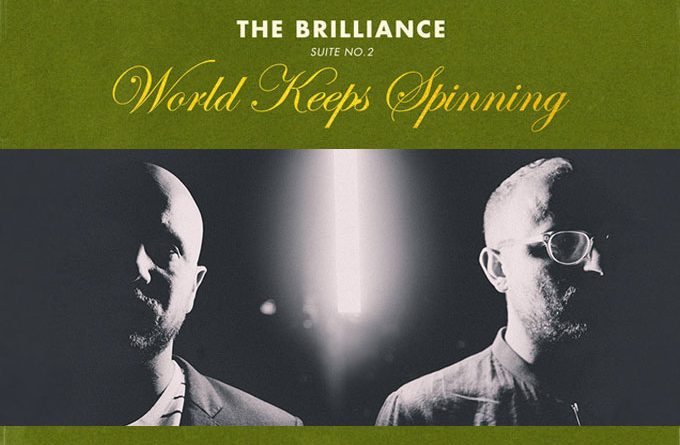 The Brilliance must have an inner desire to be experimental, classic and popular; they have a propensity for high-mindedness and sweeping orchestral instrumentals, and an obsession with dressing up profound subject matter with pretty vocal melodies; Sebastian Bach meets The Beatles, meets John Williams, meets The Electric Light Orchestra, meets Radiohead and so on and so forth. Each track on their new album, “Suite No. 2 World Keeps Spinning; An Antidote to Modern Anxiety”, brings an alternative melding of diverse musical flavors making it absolutely unclassifiable, no matter how long you attempt to put them into a box. The only common denominator between the tracks on this recording, is the absolute abundance of melody, harmony, and an all-round arranging grandeur that can only be found on majestic movie soundtracks. The album is as surprisingly stimulating to the 21st century music scene, as Sgt. Pepper’s Lonely Hearts Club Band was to the 60’s generation, or Dark Side of the Moon was to the 70’s.

The Brilliance, who with their classically inspired music, have been raking in millions of streams on both Spotify and Apple, collaborated with the Biola University Orchestra and Chorus, to deliver an aurally stunning and stylistically meandering epic song suite.

“Suite No. 2 World Keeps Spinning” is punctuate with songs that have grabbing hooks, and are dominated by a lush sound. The songwriting and performing team of David Gungor and John Arndt, who make up the core of The Brilliance standout for their all-round versatility and knack for creating great musical arrangements, alongside tuneful melodies. 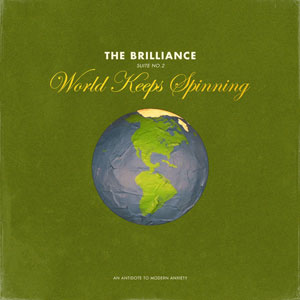 The album’s theme revolves around a cautionary tale “that explores concepts such as modern anxiety and the search for acceptance and unity.” It represents perhaps the pinnacle of the band’s creativity thus far, and certainly shows how they are able to balance their classical, pop and progressive rock tendencies so well.

There is enough innovation and musical substance here, to keep the album attractive to the most serious of music lovers, yet at the same time, the extremely accessible vocal melodies, moreover brilliantly sung, will enchant just about any ear within listening distance. The result is an almost perfect crossover masterpiece that will get the attention it deserves.

Right from the ominous opening track, “Release Me”, with its emotion-stirring strings and resonating vocals, the album offers a totally all-embracing perspective on how popular music can be conceived and presented to an elevated plateau of discerning listeners who have been all but excluded by mainstream radio and TV channels.

Moving through standouts like the upbeat “How Do We Know”, to the eloquent “Circus”, the gritty “Facebook”, or the choral embrace of “I Shall Not Fear”, then onto the subtle whisper of “I Wanna Know”, and the stunning soulfulness of “Holding On”, before closing with the catchy title track “World Keeps Spinning”, The Brilliance offer musical compositions of atmosphere and eloquence, as well as bombast and vigor, all of which compliment them perfectly.

Most of the songs on “Suite No. 2 World Keeps Spinning; An Antidote to Modern Anxiety” have shape-shifting qualities to make you love them one minute, and intrigue or amaze you the next.

The record overall sounds rich production-wise, augmented with the fantastic orchestral and choral flourishes, which invades these songs. The Brilliance, in the form of David Gungor and John Arndt, showcases premiere talent with the construction and performance of its music.