Is two really better than one? The classic saying often rings true when it comes to music, and some of the most iconic tracks to date have been collaborations.... 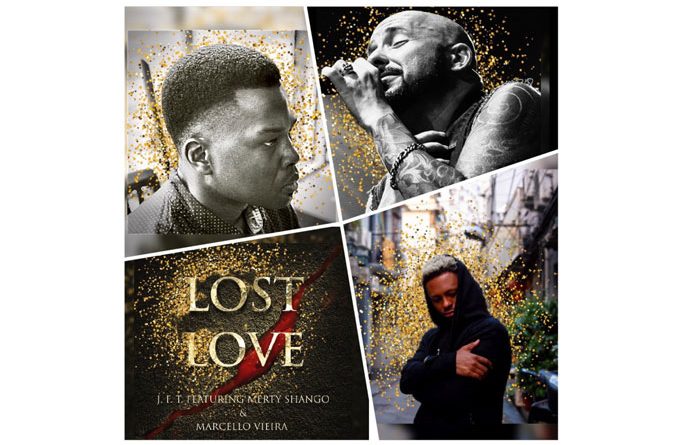 Is two really better than one? The classic saying often rings true when it comes to music, and some of the most iconic tracks to date have been collaborations. So what about three better than two? Straight fire, if we have to take the track “Lost Love” into consideration. The song brings together award-winning author and composer J.F.T, rock vocalist extraordinaire Marcello Vieira, and hip-hop rhyme wizard Merty Shango. Together they cook up a tune that can only be described as epic. Releasing on the 30th of May the single “Lost Love” is only the foundation of much larger vision. The track will form part of an album featuring 10 variations of the song, including; a studio version, live version, instrumental, Acapella, piano solo, piano with Vocals, guitar solo, guitar with vocals, and so on.

Perhaps what really makes a musical collaboration so great is the element of surprise. Sometimes a tune that has no business working out ends up being pure musical magic. Beautifully melded together by sound engineer, David Ezra, “Lost Love” will resonate with an increasingly wide audience as it finds its way through the various streaming channels.

The voices, energy, style, and delivery will make a whole lot of people listen, and then listen again. Rap fans and rock fans alike will be attracted to this package, and flock like sheep around J.F.T’s project. Hardly have I ever heard a song so thoroughly fleshed out – musically, vocally and stylistically. 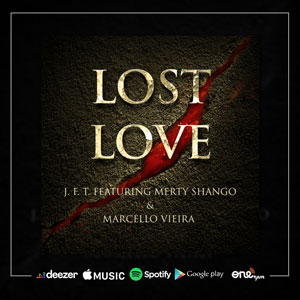 I would dare to say that J.F.T is absolutely groundbreaking and innovative in his attempt to construct and reconstruct a song to capture all of its nuances, tones and timbres.  For all its differences, something just feels so right about Marcello Vieira’s vocals blended with Merty Shango rhymes.

Is it rap, hip-hop, or is it rock? The world may never know, but this song is ready to take the music world by storm this year, in a big way. The genre-bending banger, or anthem, depending on where you’re coming from musically, promises to be an instant viral hit and quite honestly, it’s kind of impossible not to love it.

The studio version of “Love Lost” is more somber and atmospheric, as it steadily moves through its paces, while the live version, as can be imagined, is more resonant and vibrant. Both versions bring a whole lot of feeling and emotion to the table, and which one you like better, will depend largely on your mood at the time of listening.

J.F.T stated that when he was a teenager he used to pray that artists would put a variety of versions of a particular song. Now he says that he is catering to the one percent of people may be just like he was then.

Whatever the reason, the idea is certainly laudable, as it also differs from the usual song remixes we’re accustomed to.  I have one question after hearing this track: How come this idea come to somebody else sooner?

J.F.T has taken his hit-making skills to the next level by linking the talents of Marcello Vieira with Merty Shango.  Each component of this majestic triad of talents, adds yet another layer of glowing shimmer to a finely-tuned record. No currently occupied chart position will be safe after the 3oth of May, when “Love Lost” releases, believe me!

Connect to J.F.T and his music HERE

I Passed Away is working to stay relevant and consistent!