Bullying is any repeated act by an individual who wants to make you feel less of yourself. It’s a heinous act that even artists like Rihanna, Lady Gaga, and... 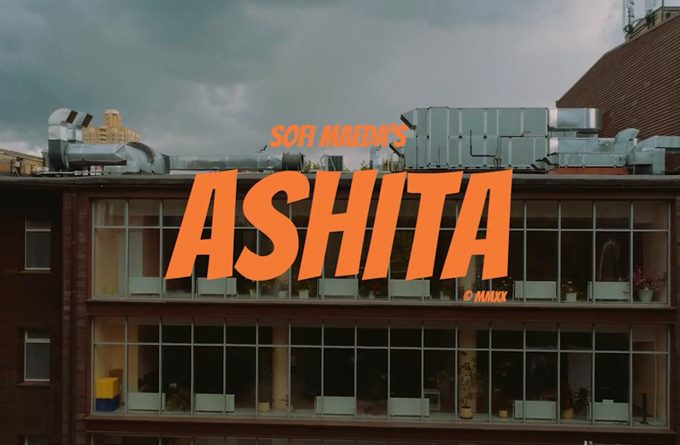 Bullying is any repeated act by an individual who wants to make you feel less of yourself. It’s a heinous act that even artists like Rihanna, Lady Gaga, and Taylor Swift, as well as many others have suffered, growing up? If they didn’t let the haters slow them down, then why should you? Born in Takamatsu, Japan, to a Russian mother and Japanese father, alternative pop-punk songstress, Sofi Maeda has an exhilarating song, entitled “ASHITA”, about overcoming the trauma of bullying to lift your spirits. Curiously, Sofi’s father, Hideto Maeda, wrote the lyrics for the song, while the eighteen year-old singer composed the music herself.

Sofi Maeda has been involved in music since 2016. She has already done several live performances at music festivals like Glastonbury and Gorky Park, as well as performing at Moscow’s Red Square. Currently working on her album presentation with her band, Sofi has already released 3 singles in the past year, with “ASHITA” leading the way.

To lend even more impact to the song, Sofi Maeda completed a music video, directed by Boris Milovanov, which no doubt will capture your attention. In it, Sofi becomes a futuristic, masked superhero fighting off bullies with laser sabers. It’s an enchanting and uplifting metaphoric tale on combating damaging and unacceptable behavior like bullying.

Sofi Maeda seasons this rocking anthem with style, nuance, and boundless charisma. The soundtrack is taught and crunchy, and with Sofi’s soaring vocals intuitively gliding across the driving guitar riffs, the sonic pleasures are immediate. Sofi sounds superb vocally, singing expressively and infusing great personality into the song. Despite the fact that it is sung in Japanese, the gist of her message comes across clearly.

Sofi Maeda delivers a meticulously honed creative statement on ASHITA” while showcasing her signature transparency. It’s the best version of her yet and one of the most contagiously listenable singles of the year. It’s easy to get a real sense of who Sofi Maeda is musically, even though the track has been designed to appeal to a wide-ranging audience. She is a compelling presence, who knows exactly what she wants to say.

Taken as a whole, “ASHITA” is the sound of Sofi Maeda coming into her own, an obvious talent delivering her first masterpiece. This is the artist she’s been growing into for the better part of a four years: an incisive writer; a storytelling singer, spinning vibrant beauty out of her mindset; a curator capable of assembling music, words and visuals into a coherent, immaculate vibe.

Clearly Sofi Maeda is fiendishly talented, ready to pour heart, body and soul into her music. There are constantly new things going on in the world of modern music, and Sofi looks set to be an integral part of the future, especially once she gets the chance to spread her wings even further.

‘Sorry Not Sorry’ – The Must-Listen Hop/R&B EP From Briawna!