Steve Lieberman: “The Gangsta Rabbi’s Tommy” was not dreamed up by a conceited artist!

“The Gangsta Rabbi's Tommy” is a very personal and controversial take on a spectacular and influential work! 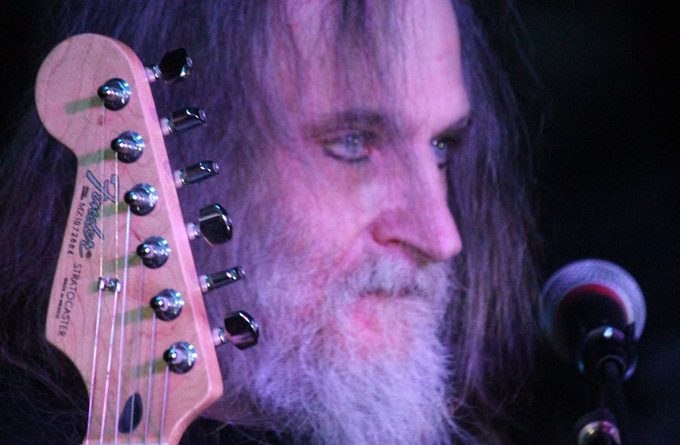 How much courage do you need to cover The Who’s defining, breakthrough concept album – a full-blown rock opera about a deaf, dumb and blind boy that launched the band to international superstardom, written almost entirely by band leader and guitarist, Pete Townshend? That question could actually be answered by another question. How much courage do you need to fight a lifelong struggle with bipolar disorder or battle with leukemia and then discover in later years, that you’re living on borrowed time with a resistant incurable cancer, yet in the meantime you have commercially released over 26 CDs as well as 38 cassette albums in the underground music industry?

Now if you’re not able to affront neither of the above questions with absolute conviction, ask someone who can – maybe someone like Steve Lieberman (also known as the Gangsta Rabbi). Steve has fully completed the first adventure and is constantly forced to address the second on a daily basis. He has shared the stage with Weezer, Andrew WK, Glassjaw, Ryan Dunn and the Misfits before retiring from performing in 2011 due to bone marrow cancer. On all his releases, Lieberman sings and plays all instruments himself. In addition to guitar, bass and beats, he adds flutes, various brass instruments and a variety of exotic Eastern instruments.

`Tommy’ is easily one of the four or five most important albums and works in the entire history of Rock library. The theme of being oppressed runs throughout practically all of Townshend’s work, although in `Tommy’, it takes a back seat to mysticism. The major musical theme of the work seems to be Townsend’s search for a magical chord. And, anyone who has seen `Tommy’ performed by the original Who will have no trouble believing Townsend has found his chord as he hits that first great whirlwind chord in `Pinball Wizard‘. Steve Lieberman has yet to find his ‘magic chord’ in life, due to circumstances beyond his control, but he is burning the candle at both ends in in his attempt to find it.

There are currently 4 separate versions of this fabulous 1972 LP release in existence. I think enough has been said about the importance of this album, and the story of a deaf, dumb and blind kid who would inspire a messiah-like following in true operatic-style. Many have derided the original album as pompous and overblown, but few can criticize its earnestness and ambition. I think the same can be said of “The Gangsta Rabbi’s Tommy”. Remember that the narrative, while coherent, is little more than an excuse for songs. And that is exactly how Steve Lieberman treats them.

What makes “The Gangsta Rabbi’s Tommy” most impressive is that it was not dreamed up by a conceited artist accustomed to hearing how great he is from the music intelligentsia. Rather it is the work of a middle-aged upstart, an anti-conformist, an almost anarchic musician with total disregard for subtle instrumentation and soft harmony. Listen to how Steve cuts cuts through the crust and deafeningly overdrives the popular radio tunes “Pinball Wizard”, “I’m Free”, “See Me, Feel Me” and “We’re Not Gonna’ Take It”. Considering that in the story-line Tommy is put through physical, sexual and psychological abuse by his family (His uncle rapes him, his cousin tortures him, and his family take him to the Acid Queen in a failed attempt to break Tommy out of his sightless and soundless state), “The Gangsta Rabbi’s Tommy” actually, in my humble opinion, better epitomizes the outright frustration, anger and disgust, the central character of Tommy would have felt.

Interestingly enough, the author, Pete Townsend, admits that he was unsure exactly what the story was until the movie was made of the music. So from that point of view, Steve Lieberman had a definite advantage in his interpretation of ‘Tommy’.  Rejected, mistreated and alone, was the outcome of Tommy’s fate. “The Gangsta Rabbi’s Tommy” on the other hand, is Steve Lieberman’s sonic rebellion to that fate and state of being. Lieberman won’t ever sell millions of records, and some of his interpretations may even be scorned upon by conventionalists, but his artistic courage will always cause debate, which is the gist of any democracy – musical or otherwise!

At the time of the original album release, the WHO was the loudest rock band around with something like 125,000 watts of power. I’m not sure how many watts of power Steve Lieberman is pumping out, but his album sounds even louder. So loud that he could possibly cure a deaf, dumb and blind boy! Especially as it becomes obvious throughout the tracks that Tommy’s problem isn’t physical, it’s psychological. “The Gangsta Rabbi’s Tommy” is a very personal and controversial take on a spectacular and influential work, an entertaining, thought-provoking and downright essential record!