Francesco D’Angelo Lampignano better known as ‘Cescodj’ is a musical composer, whose musical career began in the 90s, as a Dj at friends’ birthday parties. Francesco studied percussion with... 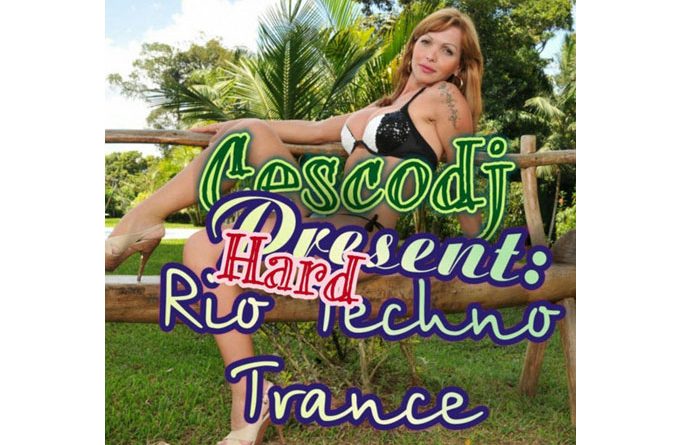 Francesco D’Angelo Lampignano better known as ‘Cescodj’ is a musical composer, whose musical career began in the 90s, as a Dj at friends’ birthday parties. Francesco studied percussion with an African Master in Italy, and during his travels in Brazil he came into contact with local percussionists. His music is a mix of Afro-Brazilian music.

The music contained in his album, “Cescodj Present: Hard Rio Techno Trance” is different to his other recordings, as Cescodj wanted to go back to the origins of his musical career, when he was a Dj. Trance, very loosely, uses harmony and melody, usually in a deliberately repetitious way – often just simple chord-progressions, usually played with long, bar-spanning notes on slowly evolving and modulated synths otherwise known as pads.

Techno on the other hand lacks said harmony and melody and instead concentrates pretty much on rhythm lending to a deliberately mechanic and technocratic style of music. It basically celebrates everything non-human that electronic music has to offer, which is what makes it awesome for many electronic aficionados.

Add the two styles together, and the whole, thing pretty much results in a sort of hard trance style which is an evolving and atmospheric, yet fiercely rhythm-driven style of music, created to get totally lost in. And this is what Cescodj achieves with the album, “Cescodj Present: Hard Rio Techno Trance”.

Among a plethora of genres, approaches, and movements that the electronic scene has spawned in recent decades, people on a dance floor rarely realize what kind of electronic music their bodies and minds are being subjected to. And creative Dj’s and Producers like Cescodj blur those distinguishing lines even further.

Expectedly, the album kicks off fairly energetically, with “Hardcore For Life”, before exploding into total mayhem with the rocket launching, “Hardcore For Your Life”. “Into The Sun” is probably the album’s most accessible track with a straight four-to-the-floor beat.

The subsequent “Journey To Mars” is minimal fare dominated by percussion, before once again bursting into high-energy vibes on “Revolution”. This is followed by the two part “Soft Hope” built on multiple rhythms created by both the percussion and layered synths.

Considering that Techno originated in the suburbs of Detroit, Michigan in the mid-80s when middle class black youth organized parties, listening to electro pop and disco recordings from Europe, and especially Italy, one can say that Cescodj has taken the genre full circle.

I could refer to the simple yet succulent synth arrangements above the beats; however it is just as important to realize the impressive rhythms covered through these dance-floor stompers. On “Cescodj Present: Hard Rio Techno Trance”, Cescodj has some wonderful ideas that work exceptionally well. The album sonically lifts the spirit with a splendid set of solid, thumping beats, coupled with traces euphoric orchestration and unusual synth sounds.

Richieman – The Reggae man from Austria!