Hip-hop lyricist Michelle Cadreau has developed a writing and rapping style with both subtlety and introspection to reflect her Native Canadian Indian and Polish ancestry. With four CDs to... 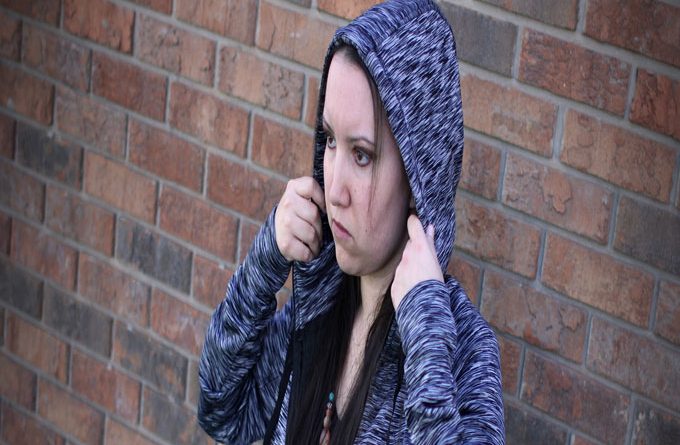 Hip-hop lyricist Michelle Cadreau has developed a writing and rapping style with both subtlety and introspection to reflect her Native Canadian Indian and Polish ancestry. With four CDs to her credit, the Hamilton, Ontario melds hypnotic and soulful beats with her trademark urban poetry to create a performance style that is equally juxtaposed and complementary. Given the native Indian name Blue Sky at birth by her grandmother (who was born on a reserve in northern Ontario), Cadreau has a tattoo on her back of blue zebra stripes in the shape of an eye with the inscription ‘Blue Sky.’ It is a physical reminder of her spiritual relationship to the earth and heavens and her family.

With musical influences that include Biggie Smalls, Eminem, Dr. Dre, and Snoop Dogg, Cadreau proudly emulates their style. Her ideas often come from a word or phrase that sparks inspiration and builds from there.

She also credits her parents for her love of music. Both played in bands most of their lives – her mother (a nurse by profession) is a vocalist and drummer and her father a vocalist and bass guitarist.

Like her mother, Michelle Cadreau also plays drums, having begun lessons at age five. She is also an accomplished painter and jewelry designer and has a degree in interior design. Her connection to the visual arts has been a foundation for her lyrics, which paint pictures of the joy and pain of life.

Among her releases is the breakout number, “Precipitation,” an articulate and explicit song that boldly details a rapper giving a slam performance for fans; “Like a Killer,” uses boxing to symbolize violence; and “Hip Hop Clerk” is a commentary on making it in the music industry.

Also included is “Ineffable,” a look at fan adulation; “Give Me The Prize,” a nod to intelligence and the rewards it can provide; and “Tallest Mountain,” a heartfelt look at making your way up the hip hop ladder.

Her strongest response by far from both fans and critics online has been for the song “Ghetto Survival,” which equates creating powerful rap music with persistence and success. Another tune ready to take hold online is “Bitches, Snitches, Witches and Riches,” the story of a notorious “player.”

Michelle Cadreau is using her lyrical deftness and distinct vantage point to create music that is true to her while paying homage to the complex backstory of rap and hip hop.

James Reed: “Feed the Monster” – raw, visceral and cuts to the core deeply