Frank Fois: “Live in Nyc: Greatest Hits” – could be one of the best live, pure blues-guitar albums in years 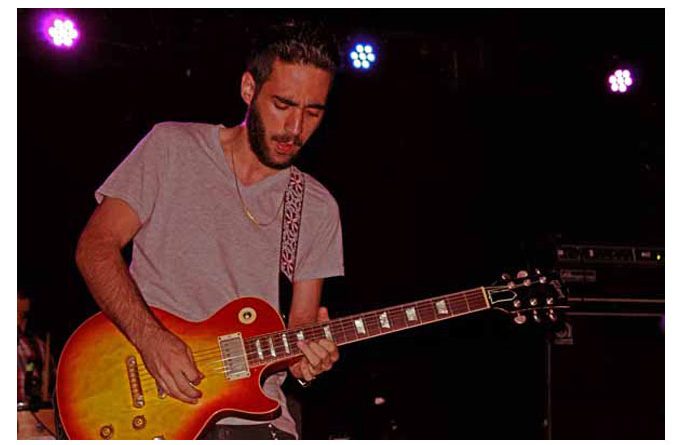 Blues singer, guitarist and songwriter who started playing the guitar at 3, Frank Fois started attending the Music Conservatory, studying classical guitar. Very soon he started playing in the theaters of Sardinia, and throughout Italy. During 2013 he performed in Australia, and in different European states, such as Germany, France, England and Italy. After moving to New York, he performed in the best clubs of Manhattan and Long Island such as “B.B. King Blues Club”, “Terra Blues”, “Tammany Hall”, “Red Lion”, and many others. 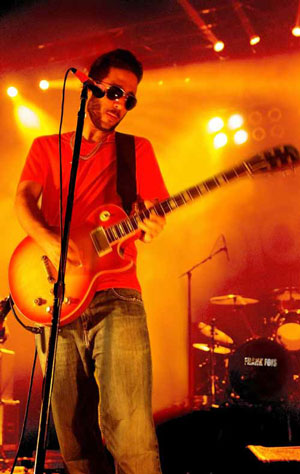 2016 sees the release of Frank Fois’ 12 track album “Live in Nyc: Greatest Hits”. I have never had the pleasure of seeing Fois and his band in concert, but if this album, is any indication, then I can easily see why fans have been so eager to have a live show for their listening pleasure.

The studio releases by Frank Fois are excellent by anybody’s standards, but this live release totally blows them out of the water. Of course, great accompaniment never hurts and the band backing Fois do a great job of supporting his 6-string escapades. That Fois is able to hold his own on a stage with any company is a feat in and of itself. That he always manages to be the star of the show which is nothing short of spectacular.

Over the course of the 12-track album, Frank Fois rips through some legendary covers by the likes of B.B. King, Eric Clapton, Freddie King, Jimi Hendix, Peter Green, The Allman Brothers Band. But regardless of the material, what really shines throughout the record is the amazing playing and the guitar mastery of Frank Fois himself, who easily ranks among the best up and coming electric players working today.

He can be loud and aggressive with strong rock undertones, or he can be deeper and more soulful with more resonating bluesier tones. I won’t run through the entire track list, but you already know and love many of these classics, like “Little Wing”, “Red House”, “Crossroads” and “The Thrill Is Gone”.

Ultimately, “Live in Nyc: Greatest Hits” is a must-have for those who are already Frank Fois fans, but it also has the potential to win over scores of new fans. It’s a rocking blues album with great musicianship and a mixture of legendary tracks.

It’s a fun, passionate document of the type of show we all wish we were at and it could be one of the best live pure blues-guitar albums in years. Based on this recording, I will definitely be checking out Frank Fois and the band, live sometime in the near future!

Luanne Hunt: “So It Goes” – clean as the most pristine mountain stream!