Franck Palace is an experimental-fusion music band that mixes genres such as afro music, funk and jazz among the band’s main songs. The band was founded in Santiago de... 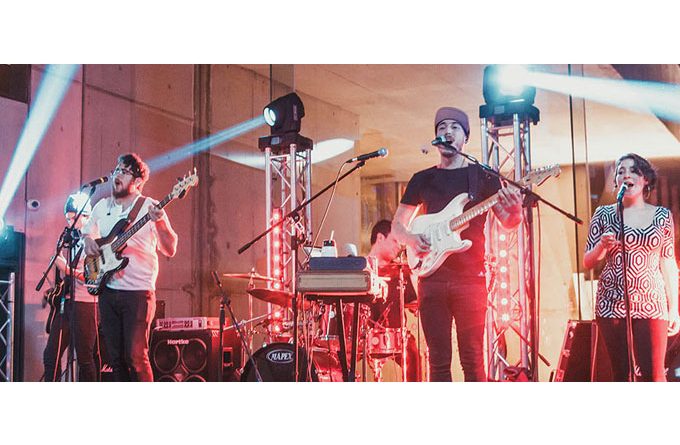 Franck Palace is an experimental-fusion music band that mixes genres such as afro music, funk and jazz among the band’s main songs. The band was founded in Santiago de Chile city at the end of 2011. Francisco Palacios Reyes and his cousin Francisco Palacios Illanes are the co-founders and musical producers of the band.  The Franck Palace Band has musicians from different cities, like Santiago de Chile, Lima-Perú and Buenos Aires – Argentina.

The band has played in venues such as Hard Rock Café in Lima, Onaciú, Bar Loreto and Bar Amanda in Santiago de Chile and in the inner-city of San Telmo in Buenos Aires, Argentina. Franck Palace is currently working on their “Vol.2” album which is the follow –up the “Vol.1” album. It is expected to be released at the end of 2016.

The band has recently released the single “Mi Playa”. The song “Mi playa” (My beach) is about a young man who narrates the wonderful things that he longs to give to his loved one – a brunette, eager to go back to the sea. But nothing that he could ever give her and nothing around looks like, or will ever look like the sea. It’s the story about a young man who can give everything to his loved one…except what she really wants. 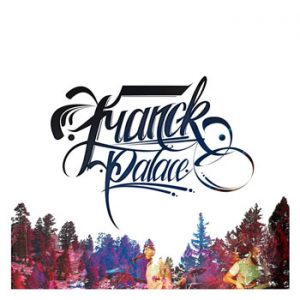 Franck Palace makes music that defies definition except that it’s just perfect. Reading the provenience of the band and its members, I was expecting raw, viscerally high powered Latino rhythms and wildly melodic choruses, to move the body and soul. And I found it…but in the formula I expected. Franck Palace is a class act who uses a fair amount of cutting edge subtlety in their music.

Long after you have fallen in love with the smooth melody, it will take a few more listens before all the nuances and subtleties of the track fully reveal themselves. The pumping bassline broods under a shimmering piano and a jangly guitar rhythm, held together by precision drumming and tight vocal harmonies.

And when Francisco Palacios Reyes steps up to the plate with a sultry soul-driven guitar solo, the cherry is put on top of the cake.

When you combine the songwriting, musicianship, harmonic color, and overall arranging sophistication, Franck Palace is about the most unique and elegant South American-based fusion band’s I have heard in recent times.  It even surprises me that music of such high quality can be so catchy. But that’s great! It’s such a world apart from the normal drivel of what tops the charts in popular music.

This music is complex, fascinating, beautiful, challenging, yet extremely accessible, and so easy to listen to.  So if you’re expecting Franck Palace to knock your socks off with their incredible musical genius, you’ll be thrilled. Franck Palace is on the short list of musical artists who have a distinctive, textured approach that retains its freshness amid the constant shifts in popular music tastes and styles.

The level of sophistication and the quality and care of the recording on this track simply raise these guys head and shoulders above many of their contemporaries.