Late Night Savior: “Among the Forgotten” manages the elusive blend of hard rock and melody! 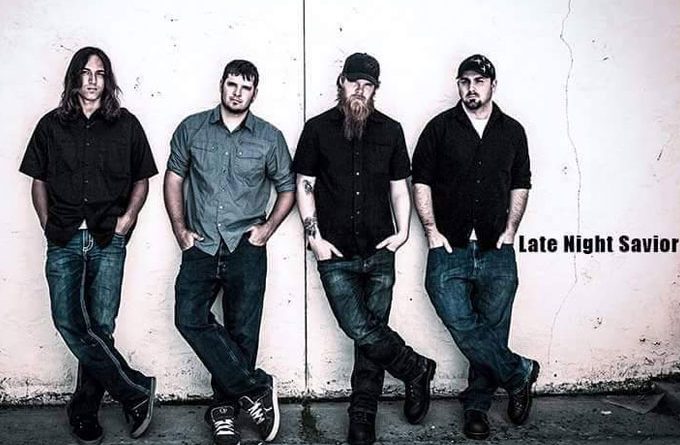 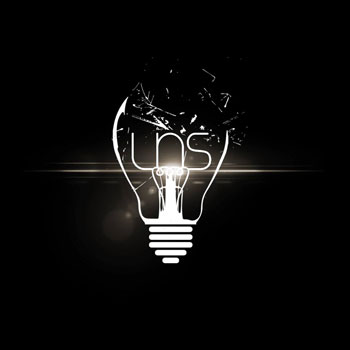 The completion of the line-up allowed the band to kick-start their creativity in 2015, which consequently led them to adding the services of manager Ray Owsley in 2016. The culmination of all these processes finally brings us Late Night Savior’s 13 track album, “Among the Forgotten”.

Late Night Savior has managed to create quite the hard-hitting-yet-melodic album that I expected, yet couldn’t possibly have prepared for. It manages the elusive blend of hard rock and melody that eludes so many of today’s Nu Metal-type posers. This is living proof that there still are bands making traditional rock music. There is no glitz and glitter, no excessive electronics; just solid rock music.

The musicianship on here is very strong, tight, and the lyrics are also very meaningful too. Brandon Johnson is a talented vocalist who sings his lyrics in a very convincing and meaningful matter, retaining a raw, almost live performance sound. In fact the whole recording has a, not too perfect, not too glossy approach, making the songs crackle with immediate urgency and crunchy, overdriven power. 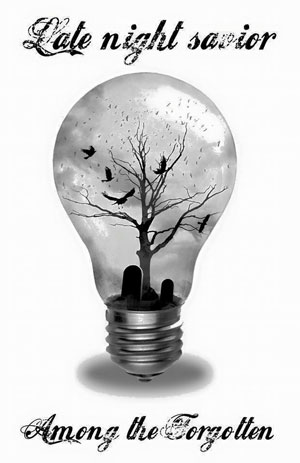 So when Late Night Savior kicks off the album with the bone crushing crunch of “77”, they put all the above described qualities straight onto the table. “She Said” also embodies all things Late Night Savior, with an added growl for more bite – the perfect blend of melody and aggression-fueled rock.

“The Killer” starts out feeling kind of relaxed, and then comes at you with an unrelenting, dual guitar vengeance. This is one of my favorite tracks. Full of emotion and great riffs, “Ashes” delivers a bag of tasty tricks, including a sweet lead solo. “So Called Life (Irish)” is heavy. It’s angry. It’s melodic. It’s powerful.

Another standout is most definitely “Dying On The Inside”. A heartbreak song like few you’ve heard before. There’s no melancholy grumbling here, but rather sheer anger and disgust bathed in an astounding mix of grindhouse rage and no room to breathe. Moving forward through the album, Late Night Savior maintains their trademark crackling emotional intensity and musical tightness, while the songs rock even better.

From “Among The Forgotten” to “Zombie Wife” and “Turkey Shoot”, bringing us to the radio ready gem, “Fade Away”, which mixes just about everything Late Night Savior is capable of doing, into one six-minute song – catchy hooks, soaring vocals, menacing growls, monster riffs, pummeling drums, a driving bassline, softer sequences, and tons of melody.

Is this the absolute best song on the album? For me, yes, but you decide for yourself. You still have about four-and-a-half minutes, while Late Night Savior close this epic show down with another riff-filled monster of a track – “The Witching Hour”. Shop around; there are few hard rock bands that compare to these guys.

Gaviana: “What’s Coming for Ya” – a sensation of pleasure as well as relevance!