Michael Dean: “#MD” is certainly an adventure for the ear!

Born in Albuquerque, New Mexico, Michael Dean is HipHop/Rap recording artist based Orange County, California. Dean just released the track “#MD”. In my opinion, this is one of his... 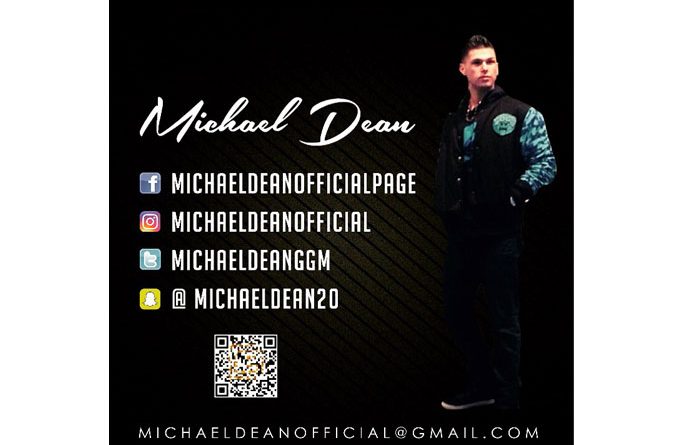 Born in Albuquerque, New Mexico, Michael Dean is HipHop/Rap recording artist based Orange County, California. Dean just released the track “#MD”. In my opinion, this is one of his best releases taking his craft up more than a few notches from the already lofty heights attained in his previous releases. Michael Dean unique personal flair really bursts forth here, giving us a beat and rhymes much more complex and musically adept than what had come before.

Those who will look underneath the hardcore lyrics and the cursing and the offensive remarks Dean makes in his rhymes will find a deeply complex artist with something important to say, a man who does, in his own special way, highlight the kind of real problems many people face in the modern world, and the accusing fingers he points in all directions serves to highlight the problems inherent in the individual and society itself.

Michael Dean hits the floor running with “#MD” announcing the confidence in himself. This level of comfort and confidence proves a great boon to the track. Few rap songs can rival it in terms of the immense power it communicates, especially when Dean is basically going at full steam, letting go of the anger he feels inside.

Beyond trying to communicate how great I think Michael Dean is here, the main point I would like to make is that no one should simply dismiss this music without listening to it for themselves. There is just something about Dean that will draw you to his music. Besides the emotion, “#MD” is certainly an adventure for the ear.

The astounding virtuosity of Michael Dean on this track will make you smile. Dean does not hold his mouth back for a second. He invokes emotions that we all have sometimes, but are afraid to tell anyone about. And as angry or as motivated as he gets, he still is able to craft a magnificent well-thought out song.

Personal expression is the first thing we do when you have an idea, and Michael Dean perfectly captures the idea of scorn and anger with crisp rhymes and lyrics that you will be able to relate to on some level.

To sum it up, Dean is a clear-cut, brutally honest individual who sticks out a glorious middle finger to everyone and everything. “#MD” is the first single ready for download, off the upcoming EP “First Impression”.

William Knott: “We Don’t Ever Leave” an exercise in constrained, quiet beauty

Gee Gee Rosser: “Here I AM (My Body)” – wrapped up in emotional realness!