Based on a story by Jason Ellis and Michael Tully, “FetusInFetu” is an album about Dirt Bones: A man fighting a dark secret in a post-apocalyptic world. It is... 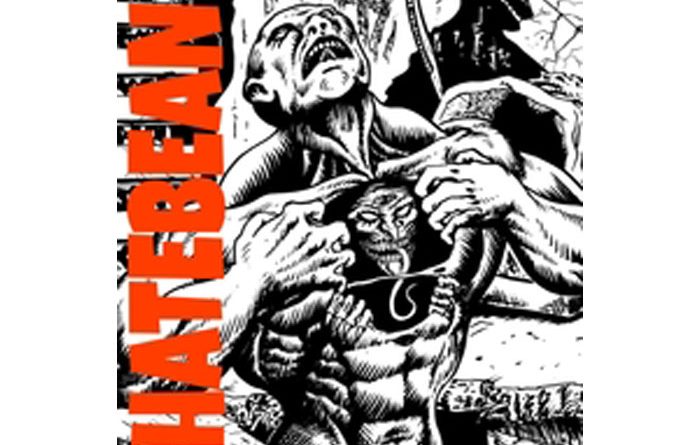 Based on a story by Jason Ellis and Michael Tully, “FetusInFetu” is an album about Dirt Bones: A man fighting a dark secret in a post-apocalyptic world. It is a concept of a set of twins born into one body, but of two different minds. Mixed by Michael Patterson (Puscifer/Nine Inch Nails/Beck/Moby) and Mastered by Paul Logus (Anthrax/Pantera/Public Enemy), the album was created and performed by HATEBEAN, a collective featuring members of the Jason Ellis Show off Faction, SiriusXM channel 41.

I’m not even going to attempt to describe the breadth of the work of HATEBEAN in a few sentences – it would take a book, frankly, and that’s meant as a compliment.   They have created just about everything under the sun on this album that is crazy, conceptual, progressive and artful.

The depth, intricacy, intimacy and diversity of “FetusInFetu” is astounding. Taken as a whole, the can album seem a bit overwhelming at first, but when you bite off one piece at a time and just enjoy it for what it is, you will be enchanted by its magnificence. If HATEBEAN continue to produce albums of this magnitude, no-one is going to give a flying fig what they call it or in whatever guise it comes.

Kicking off in truly dramatic style with ‘In The Beginning’, it’s a curtain raiser which acts as an overture to the vast scale and grandeur of what is to follow. Given a taster, you might expect a lull, but second track in, ‘Heinous’,  feels like it would be more at home as  the final track in the way it builds into an all-encompassing giant monolith of sound – akin to a final flurry rather than an introduction.

It’s no false dawn either; the sound of the album is huge with each passing song possessing blockbuster qualities.  “FetusInFetu” is ambitious and grand on a big scale, occasionally verging towards musical theater, maybe not surprising considering the massive production on display here.

Packed with stirring moments, there is a surprising lack of the indulgence you might expect with the genre, no endless guitar noodling, or extravagant keyboard gestures. Outdoing anything contemporaries have recently offered, HATEBEAN toss aside the usual clichéd rock rulebook.

As each track goes by you become aware that the music of this band is the uncommon result of an uncompromising vision and style. All put together, you have an album that retains the rich quality and atmosphere of an epic cinematic experience.

The atmosphere remains bold and vast throughout, and it can easily be said that individual songs have a memorable impact, due to what’s probably one of HATEBEAN’s biggest skills — writing structurally complex songs while retaining simplicity – a similar trait also runs through Pink Floyd’s music.

Without breaking down each track, I can truly say that there are plenty of immaculate moments on “FetusInFetu”. Particularly impressive are songs such as “Blue”, “Out Of Mind”, “Twin Within”, “Sunburn”, “Motionless and Obedient” and “Amen”.

While the material on the album is impressive to say the least, I can also safely say that the group delivers practical execution of their material to the point of virtual perfection. “FetusInFetu” enjoys a rich, almost symphonic production that sometimes even attempts to outshine the music itself. It’s one thing to have a polished big-budget sounding production, but it takes some level of vision and genius to find the optimal warmth and frame for a band’s sound.

Something HATEBEAN, Michael Patterson and Paul Logus have achieved here.The drum work is thick and heavy, the guitars sound rich and layered, and the bass work is consistently audible. From a technical standpoint, “FetusInFetu” arguably succeeds beyond any other concept rock album I’ve heard this year.

Not bad, considering that the idea of a band and album, started out as a joke when radio host Jason Ellis on SiriusXM told his boss, Will Pendarvis, “Well YOU should make an album! One of those concept records.”

Pendarvis took the statement to heart and set out to make a graphic novel in audio form, with help from his son, Wylie Pendarvis, who wrote a major slice of the music. Bear in mind too, that Will Pendarvis had never sung or written lyrics in his whole life, before this challenge became a recorded reality.

REP: “Co-Laborations” – the words are powerful!

WXRDZ is specialized in dazzling verses!