WXRDZ is specialized in dazzling verses! 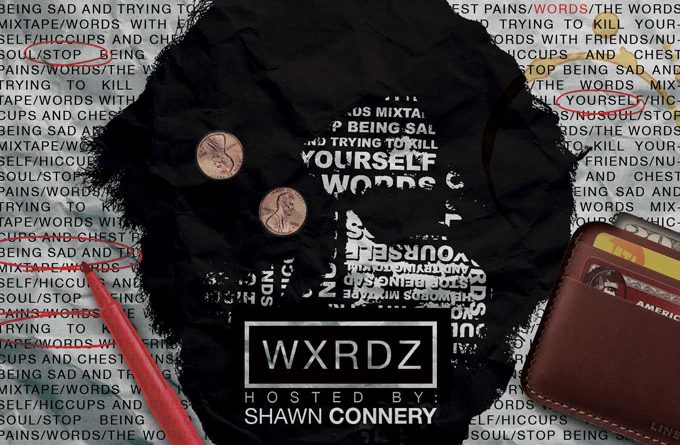 WXRDZ, pronounced “words”, releases his self-titled mixtape featuring freestyles and remixes that showcase his ability to maneuver his flow to fit various sub-genres of Hip Hop. Miami’s madcap rhyme-slinger WXRDZ, is hardly a household name yet, but his a single-making remix machine, cranking out instantly chantable bangers with wall-to-wall sizzling one-liners, like the tweaked-out Eminem potboiler renamed “Tom Brady” and damn-near-apocalyptic thumper “Headhunter”.

WXRDZ is specialized in dazzling verses – exploding onto other artist’s tracks like a caged beast unleashed and chewing up all around him. Such a style is hard to maintain over a lengthy running time, but this mixtape is a ridiculously fun effort, carried over the line by WXRDZ’s indomitable presence and personality.

He throws everything he has into loading the choruses with his trademark witticisms, and there are plenty of bars in these songs that are real pearls. Furthermore his soundscapes are nothing less than phenomenal, moving from jazzy and soulful organic sounds to alternative spacey grooves. 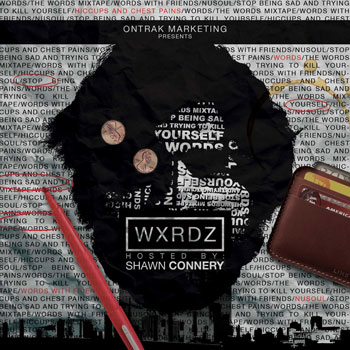 This is a clear attempt to silence any would-be haters and ascend to the top of the underground rap game. And to do that, WXRDZ is determined to show you that he’s got plenty of bars. Through these 18 tracks WXRDZ has bars, and when focused, he can stand toe-to-toe with legends. Checkout his skillset on standout stunners like “Rehab 2012”, “Rainy Day”, “Unconstructed”, “Borderline” and “Blue Avenue”.

The mixtape shines brightest when WXRDZ is allowed to ramble with his stream of consciousness flow. Candid and blessed with a healthy sense of cheekiness, WXRDZ possesses star power in abundance. Not only is he different, original, and not like everybody else in the game, he’s got quite a sense of humor too.

You’ll find many different kinds of rappers, but WXRDZ has the skill to make up a style of his own! How else would you describe the production and flow on “So Gone Challenge” and “Juno”. Whether he is on a track of his own or a remix version of another song, WXRDZ brilliantly showcases his phenomenal lyrical skills with unique style, grace, and wit.

While many of today’s emcees either ride on other’s coattails to gain undeserved fame or consistently emphasize the idea of using powerhouse producers to keep heads bopping but still leave fans with nothing to gain from their uninspiring and whack lyrics, WXRDZ evenly and successfully covers all bases on this mixtape.

Using his own raspy stylings, WXRDZ manages to pull together one of the most entertaining mixtapes I’ve come by in a long time. If you want a recording that you can listen to all the way through, this is it. As soon as you listen to this self-titled mixtape you are automatically drawn to it and all it has to gives. This is a must for any fan of any type of rap. Listen to it a few times and I promise you will not be disappointed.

Mac Jeff: “Ain’t No Team” ft. L-Love – the ingredients for a true classic!