DYK: “World Without Face” – Exciting is an understatement!

DYK (Do You Know) is a rock band formed in 2015. The core members are JE Zerpa (drums, percussion) and Oscar Fanega (bass guitar, backing vocals). DYK started as... 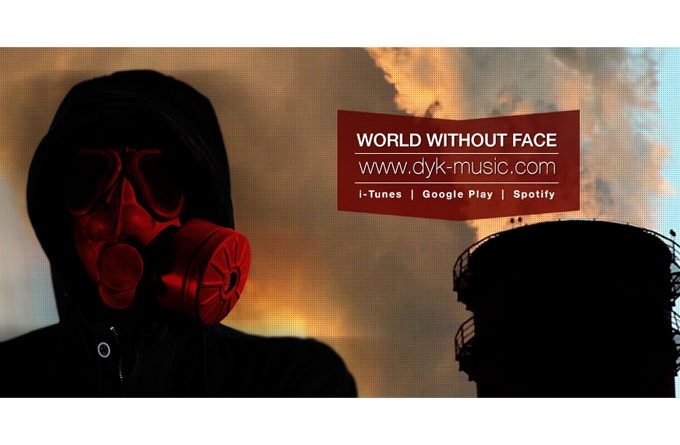 DYK (Do You Know) is a rock band formed in 2015. The core members are JE Zerpa (drums, percussion) and Oscar Fanega (bass guitar, backing vocals). DYK started as a production project rather than a live band, where all initial compositions and ideas came from a garage studio in the city of Deerfield Beach, FL, late in 2014. Writer, Producer and Drummer, JE Zerpa composed a series of arrangements and ideas, reflecting and tackling political and social issues, and daily realities among the average people. 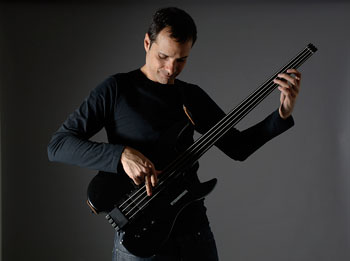 DYK released their debut album, “World Without Face”, in 2016, incorporating rock, pop and electronic elements, as well as the raw and vibrant potency of lead vocalist GHOST.

I honestly cannot accurately convey with words how amazing the album, “World Without Face” is. It’s beautiful, gorgeous, sensitive, heavy, rocking, motivating, anthemic, melodic and catchy — all at once. “All Criminals” is motivating and heavy, “State of Mind” is sensitive and beautiful, “The Procrastinator” is melodic and catchy.

These are the three songs I’m just listening to over and over, the rest of the album is excellent too, but these three songs have me basically hypnotized and I just listen to them constantly.

“World Without Face” sounds like the debut album from a band that is newly formed and bursting with new, fresh ideas. Good rock and alternative bands are a rare breed nowadays. With shallow pop and rap music flooding popular culture, being a big rock fan nowadays can be soul crushing to purists.

But you’ll love DYK. They have traces of alternative rock, classic rock and progressive rock, with just a twist of electro thrown into the fireworks. 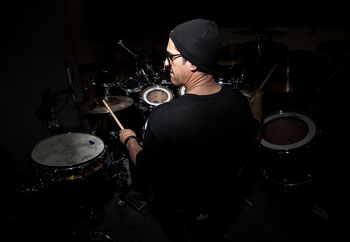 GHOST’s voice can be pure raw hard aggression and then it can switch to soulfully melodic, while the whole album shines with exemplary, imaginative lyrics, and a backing of haunting guitar riffs, which burst in and out from melodic to chaotic inflammation, never undermining the creative basslines and thumping drum beats.

With the release of “World Without Face”, DYK has officially risen to the occasion. Exciting is an understatement, as DYK provide a wide range of styles and do all of them well. From the upbeat crunching rock of “Lies” to the harmony-filled, funky melodic-pop of “Memories”, DYK extend their wide-ranging sonic canvas across the 7 tracks in a shining example of uncompromising modern rock done right.

DYK has tapped into its full potential on “World Without Face”, and it really shows when the album is heard in order, from beginning to end. The flow of the recording is gorgeous, made all the better by the balance between soft and heavy elements. And even when the album is broken down into its individual songs, each one bears its own excellence.

Moreover, this is an archetypal album that defines what new bands in the rock and alternative scene should aspire to. Its precision and intelligence and sheer power conveys a talent and confidence rarely demonstrated in the genre. The key to its appeal is not just the band’s knowledge of their strengths, but in knowing how to execute them.

DYK keep the tracks clean and varied and never stray into overly indulgent territory. All-round “World Without Face” is an engulfing piece of distinctly conscious work that sets free its bare and harangued heart.

Mac Jeff: “Ain’t No Team” ft. L-Love – the ingredients for a true classic!

“Indus Raag” Picks up 2 IMA Nominations and is Grammy Shortlisted!