Everpresent is Matthew Cahoon, a unique vocalist, keyboardist, percussionist, and composer that has been creating his own genre, Dark Pop Electronica, since 2002. With several albums and videos released,... 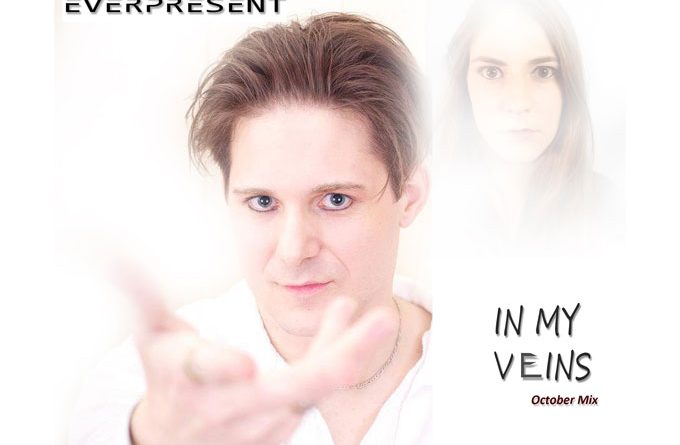 Everpresent is Matthew Cahoon, a unique vocalist, keyboardist, percussionist, and composer that has been creating his own genre, Dark Pop Electronica, since 2002. With several albums and videos released, as well as years of performance and national touring experience in multiple genres as a vocalist, keyboardist, and percussionist, Matthew brings a wealth of passion, creativity, and drive to his art.

Everpresent’s (ft. Matthew Cahoon & Katelyn Isaacson) latest single, “In My Veins (October Mix)” is a good, solid pop earworm. It is foot-tappingly catchy, not hard to not sing while walking around, and with lots of emotional depth and substance. Those are qualities really hard to find in one single mainstream song. 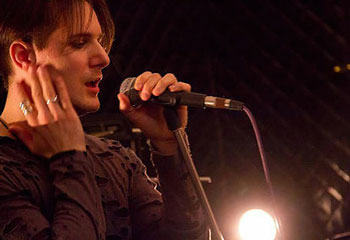 Yet this one has it all, and then some because it adds a hard edginess to the sonic proceedings. This is like Depeche Mode on steroids at a Nine Inch Nails house party. Industrial music died a sad death in the early 2000’s; a casualty of changing tastes and a genre that seemed to collectively decide to put away its inventiveness and embrace the bland presets of trance instead.

“In My Veins (October Mix)”, then, is something of an anomaly, as Everpresent takes the remnant sounds of industrial and blends it with synth-pop. It’s an unapologetically synth-heavy industrial induced track which sounds like it’s fallen through a hole in the space-time corridor from the halcyon days of the early nineties to emerge shining brightly and blinking warily into the contemporary purgatory of talent-show approved pop, smartphones and unremitting blandness.

It’s a heartfelt, dark shot-in-the-arm, and frankly the logical evolution of what orphaned industrial fans may have been waiting for all this time.

The brilliance of the concept is that the cunning composer, Everpresent aka Matthew Cahoon, has dressed his wolf up in sheep’s clothing. So what apparently passes as an electro-pop song is really a whole lot more. 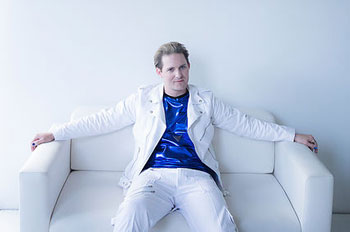 No-one expected someone like Everpresent to emerge some thirty years after the birth of Industrial and remove the apparently immovable obstacles that has been blocking the evolution of the genre for the last decade with a deft swish of stratospheric synths and the thunder of processed drums; but he’s done just that – and plenty more besides.

He has thrown in catchy, super-energized vocals with a voice that soars magnificently in places. Plus he has added hypnotic female vocals and harmonies sung beautifully by Katelyn Isaacson, to complete the reworked formula, which has now become his very own Dark Pop style.

If there’s any justice in this world, “In My Veins (October Mix)” by Everpresent (ft. Matthew Cahoon & Katelyn Isaacson), deserves to reach platinum sales, provide generous financial benefits for Matthew Cahoon and act as a template for a new generation of alternative electronic musicians. I can only hope that he makes some companion pieces to this latest work. I can’t wait!

Audiobender: “Pour Me An Encore” will impact you greatly!