Maximum High brings a new take to the rock genre!

Maximum High delivers music that incorporates Funk, Dub, Dance and Punk sounds into their own identifiable, signature-style. Based out of Athens, Greece – Maximum High is: Irene Dimopoulou (Vocals),... 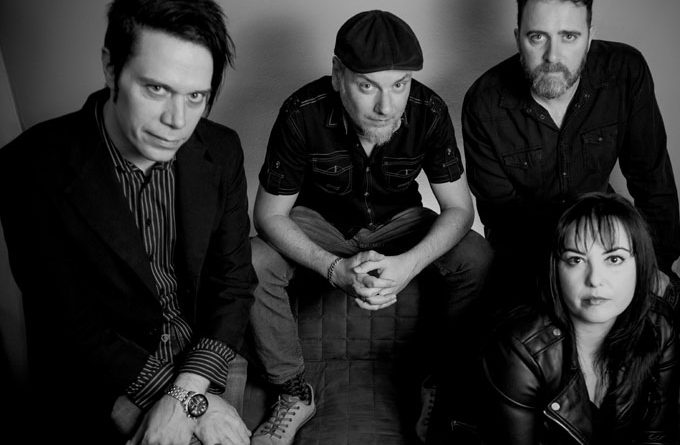 Maximum High delivers music that incorporates Funk, Dub, Dance and Punk sounds into their own identifiable, signature-style. Based out of Athens, Greece – Maximum High is: Irene Dimopoulou (Vocals), Thanos Amorginos (Guitar), Dimitri Koutsiouris (Bass) and Nick Zografos (Drums). The band’s latest self-titled EP is not an overproduced, auto-tuned, mechanized, blahblahblah record. This is just gritty, alternative rock and roll. Irene Dimopoulou is actually a very good singer and has quite a bit of snarl and attitude in her voice.

The lyrics throughout this album are deep and thought provoking. Of course you don’t have to be a deep thinker to enjoy the music either, this is a great album to just enjoy.  If you don’t feel the vibe put forth through the music, you are going to want to double check to make sure you are listing to the same record I am talking about.

I don’t think there will be too many people who can’t enjoy this one. With this EP you are going to enjoy experiencing some good rocking tracks where you can really take in Irene’s vocals.  She’s raw and vulnerable throughout this entire recording, while the instrumentals themselves are full of ripping chords and great riffs, but also shares the space with the some great bass and drums.

Though rock music can often times be found stale from an over-saturated market and radio, Maximum High brings a new take to the genre. I don’t think the band could’ve chosen a better opener for the record than “Long Ago”. It is so unlike anything out there today. It’s beyond its years, its melodic, its heavy, its fast, it’s happy, it’s sad.

Creative grooves and rough attitudes pervade this EP. But this band demonstrates a delicate touch and true heart when needed as well, which you can hear on “Don’t Let Me Down”. As a whole, this EP is well packaged. 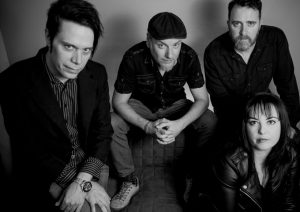 Maximum High refuses to be defined by rock music; instead, they defy logic and break the imaginary boundaries of what rock music is. There’s a track for everybody on here, as the band kick things up a notch, and the EP swings into full effect with “Control My Love” and “Stay”.

Maximum High have put together an incredibly compelling compilation that sets the bar high for anyone else. Easily one of the most underrated singers currently in the business, Irene Dimopoulou’s vast range is her most deadly weapon, and it’s on prominent display throughout this EP.

From raspy singing to showing how much strength she can pack into her voice by belting out some lines and holding a few notes, Irene reminds the listeners just what she’s capable of, and it should leave you in awe.

From its first moments, its first lyrics, the record has you in its grasp, and from there on out, the band refuses to be pinned down or pigeonholed. Each musician is extremely talented at their chosen instrument, however what cements the group together is the balance of those instruments. There is no case of “too much guitar” or “too much bass”, Maximum High is simply an awesome blend of instruments and vocals.

Jeremy Ferris: “The Beginning” a playground for the guitar!

Lewie The King: “A King’s Decision: War or Peace”