The Vaudeville Remedy: “Your Tongue Is Now A Live Grenade”

The Vaudeville Remedy is a two piece punk/blues band that does everything DIY and pretty much operated with a punk rock mentality. Their latest album is called “Your Tongue... 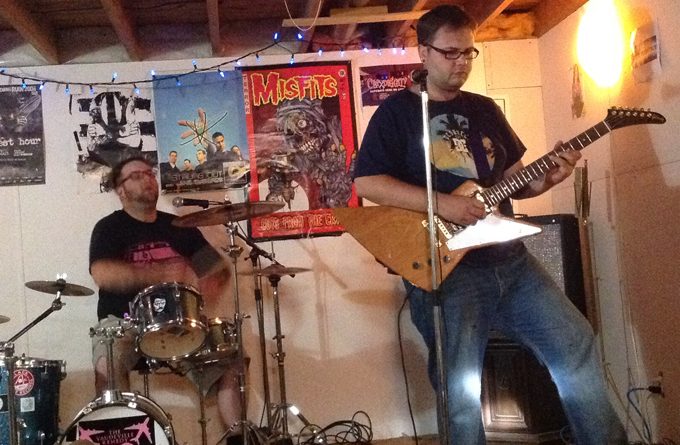 The Vaudeville Remedy is a two piece punk/blues band that does everything DIY and pretty much operated with a punk rock mentality. Their latest album is called “Your Tongue Is Now A Live Grenade” was made in the drummer’s basement. The Vaudeville Remedy wrote, recorded and mastered the album on their own steam during the course of about 9 months. “Your Tongue Is Now A Live Grenade” is the band’s second full length album, as well as being the first, as a two piece unit.

The winning formula of The Vaudeville Remedy is a mixture of four totally different styles, Gothic, Blues vocal and lyrics, Metal-type of guitar riffs, neck-breaking rhythms, and punk-rock themes, and this album shows the best formulas they can derive from those ingredients.

This 14 track disc is a combination of strong melodies, smart and exciting arrangements, breath-taking guitar riffs, and the mix-up of punk rhythms and rock guitar riffs, which are a refreshing and a successful twist. 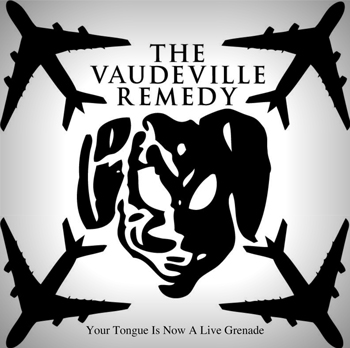 That may not sound like anything innovative to you, but The Vaudeville Remedy just combines things that we already knew, in smarter and more effective ways, in order to push and pull listeners to different climaxes and scenes. And the climaxes are as hard and heavy as hell.

Yet they even find time for a little acoustic intrusion on tracks such as “Mexican Jesus”, or even a cappella singing on “You And The Horse You Rode In On”. In between though, the band is often taunted, on many occasions, into creating sonic havoc with bone-crushing soundscapes.

The album features some truly wonderful moments throughout, with some pounding builds and flowing structures. Almost every single track is a winner, as the band celebrates their impossible blend of ambitious, creative obsessions and the electric crackle of raw intensity. On album The Vaudeville Remedy somehow sound as epically theatrical as rock will allow, but also as punk as fuck.

Singer/guitarist, Shea’s, painstaking determination to squeeze absolute meaning and emotion from every chord and syllable pays off, while drummer Colin brings his live intensity to the album’s pulsating grooves, laying a solid foundation for the band’s raucous reach into the punk-rock stratosphere without sacrificing an ounce of intelligent flavor.

Shea also weaves through, over, under and alongside each tune, with agile riffs and tasteful solo flourishes. There’s nothing dumbed-down about “Your Tongue Is Now A Live Grenade”, with the undercurrent of progressive aggression never far from the surface.

This recording is the stuff of time capsules, marvelously embodying everything important this musical subculture offers while enthusiastically transcending its limitations.