Right from the gate, collaborator Universal gives B-Nasty pure fire with “Fresh” – a mid-tempo hard-grinding, pulsating beat. Again with this single, B-Nasty showcases his great ear for beats. He manages to... 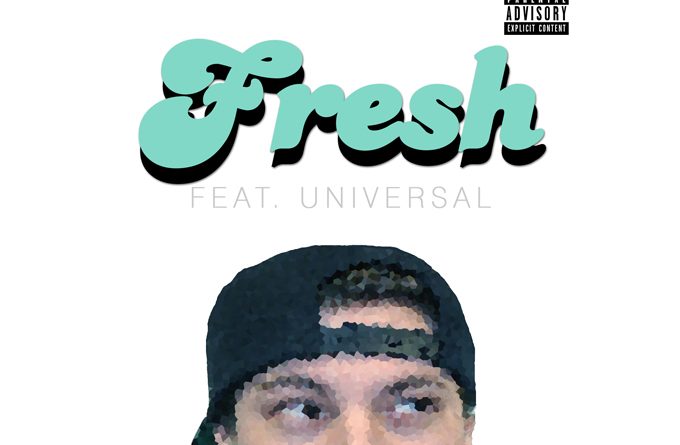 Right from the gate, collaborator Universal gives B-Nasty pure fire with “Fresh” – a mid-tempo hard-grinding, pulsating beat. Again with this single, B-Nasty showcases his great ear for beats. He manages to churn out a song that could be played in the cars, as well as the clubs. With inspiration as the main theme, he spits: “Y’all I’m looking to fresh, got a few homies and we came to impress.” With his rumbling tone and unyielding force of will, he rhymes with a preacher’s power, only he’s proselytizing from the street corner, not the pulpit. With a shiny, funky megabeat in tow, B-Nasty’s coherent flow stands out sharply on “Fresh” featuring Universal. You know when B-Nasty is on a roll. He keeps things real simple, and can inspire with the best of them while partying it up. And that’s exactly what he does here.

His lyricism, flow, wordplay and meter is on point. At the same time, he is a master of delivery, groaning his braggadocio tropes in a charismatic and powerfully layered rasp with a practiced blend of bravado, world-weariness and posturing idiosyncrasies.

If B-Nasty’s is anything, he’s consistent; he doesn’t slack here, offering up much of the same as before but every bit as well, if not better. What “Fresh” ft. Universal exposes even more so than previous releases, is that B-Nasty can make not just a good rap track, but he can make a great one. So while he works on the same level he has in the past, he succeeds for the most part at elevating himself beyond previous highs.

“Fresh” is a marvelous concoction of swagger and smart verses. What sets B-Nasty’s music apart is his ability to bring color and flash to a story. He’s a digital age artist who doesn’t need 16 bars to develop a picture in your head. When he drops a verse the image is simple enough for everyone to feel it instantly.

You’re free to bump whatever you want, but if you’re on a mission to bang some serious modern rap music than you’ve found a friend in B-Nasty.

Dobie: “My Everything” (Produced by Brad Grobler for BIG Productions)