Alabama creative Kenny Thomas separates himself from most other rappers or producers trying to break through, because he’s exceptional in both worlds. Kenny has just dropped the single “Don’t Stop (Smokin)”... 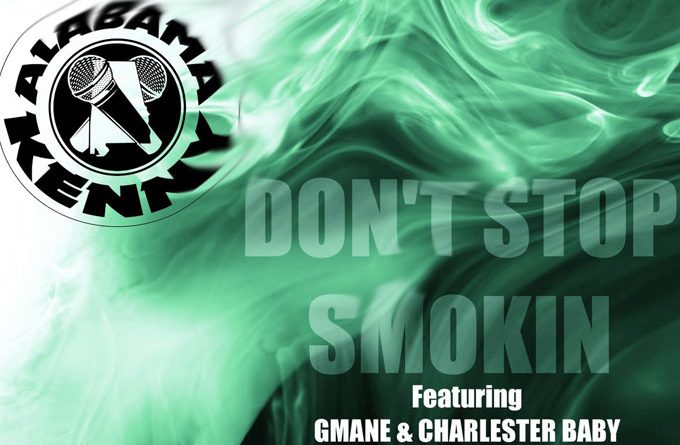 Alabama creative Kenny Thomas separates himself from most other rappers or producers trying to break through, because he’s exceptional in both worlds. Kenny has just dropped the single “Don’t Stop (Smokin)” Feat. Gmane & Charlester Baby, from his upcoming release “Unkut Vo.2”. The features and production alone on this track are impressive. Most kids who grew up on the east coast don’t trust hip-hop coming out of anywhere South of New Jersey.

Music coming out of anywhere else is deemed as being so shallow they don’t even call it hip-hop. Unfortunately this kind of geographic elitism will rob them of some great music. The South, as dirty as it might be, has been home to some serious artists. The surface may sometime be shallow, but look deeper and you’ll discover some real depth. 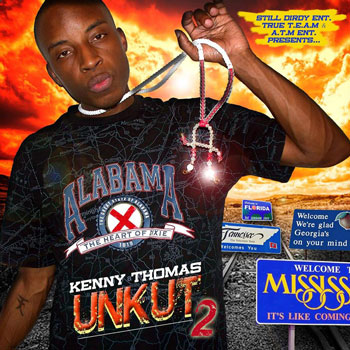 For sure the first thing that hits you about Southern rap music is those bass driven beats, and then the soulfully sung hooks. Put that together with some solid rhymes and a swaggering attitude, and you’ve got something hot on your hands.

The key with Kenny Thomas is to not divide his music into separate categories. He doesn’t make street rap or lyrical and emotional rap – he makes lyrical street rap, emotional hustler music. He is capable of being more than one thing at the same time.

His songs are an essential part of Kenny, and where he stands out from the generic hustler rap pack is his ability to be truly human, even in a smoker song  – case in point, the subtly lush “Don’t Stop (Smokin)” Feat. Gmane & Charlester Baby, which finds Kenny Thomas stripping away the layers and revealing a dark inner life. In terms of voice and cadence, Kenny is spot on.

What puts him on a slightly higher scale than his counterparts, in my opinion, is the fact that Kenny is able to cater to both types of hip-hop fans; the ones who focus on pure lyricism, and the ones based off of a love of beats alone. Kenny’s introspective verses are amazing; some of the most entrancing stoner tales you’ll hear from any emcee. But he also serves up the number with a banging production that’ll have your trunk rattling from side to side.

Armed with his own stellar production, and an amazing sense of rhythm, Kenny Thomas comes into this release with a mesmerizing intro that sets the tone for the entire track. Kenny and Gmane rhyme with confidence while Charlester Baby delivers a strong chorus. Kenny Thomas will take listeners on an emotional rap ride on this recording. Southern cats will truly enjoy this banger!