Daric Forrest, who comes from a family with 14 siblings, began noticing his love of music at the tender age of 3, and started singing along to songs that... 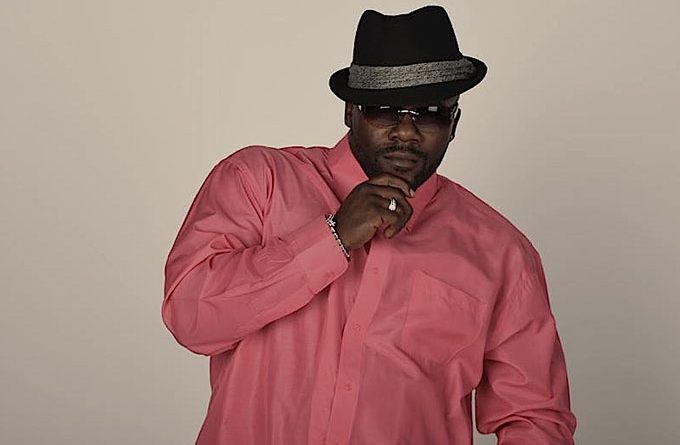 Daric Forrest, who comes from a family with 14 siblings, began noticing his love of music at the tender age of 3, and started singing along to songs that came on the radio. As the years progressed Daric began gracing the stages, winning contests and finding his songwriting flair. Eventually moving to Atlanta, he caught his first break when he ran into Cameo’s lead singer, Larry Blackman; who offered to take Daric on the road with him and his band. Daric subsequently made appearances at the Rock N’ Roll Hall of Fame in Cincinnati, the Stone Family Picnic in Washington DC, the Arts and Crafts Festival in Boston, and many more. 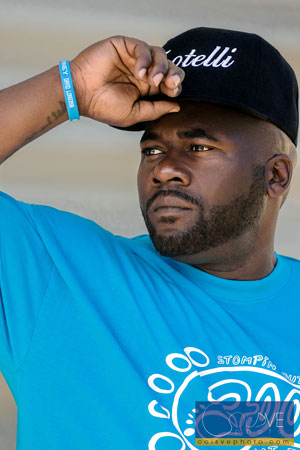 Daric has performed in Vegas alongside the B52s and War, and has also performed with and opened for many major acts such as Lakeside, The Dramatics, Will Downing, Jonathan Butler, Aretha Franklin.

Daric Forrest AKA Styles, who signed to J Tizzle Muzic/Affluent Records/Sony/Orchard, recently dropped the smooth RnB single “Let You Know”, produced by J Tizzle for J Tizzle Muzic. The track is filled with satisfying, soul-drenched warm-bath verses that will please his fan base. The result is a winning fusion of old-school R&B and contemporary urban sounds.

Daric uses his expressive, intimate voice with great intelligence. He is capable of eliciting emotion where his contemporaries tend to overdo or undersell. The song is built less upon radio-ready hooks and more on groove, texture and the sincerity of Daric Forrest’s delivery. That said, this well-crafted single would do very well on the airwaves.

It is hard out there today for the true classic R&B singer. But Daric Forrest is one of those classic R&B singers who haven’t succumbed to the gimmicky new school rules; he has conquered it, and aspires to conform to the contemporary R&B style, his own way. 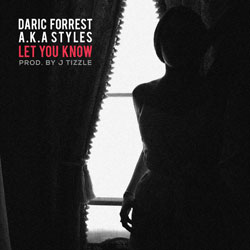 “Let You Know” clearly shows the singer almost as an anachronism as opposed to the current, new breed of urban artist, but he is totally in touch, and has an extra dimension to his skillset that the rest are lacking.

Earthy, enchanting, uplifting, mesmerizing – and that’s just the first verse of the song –  will bring to mind the brother in the club standing across the room whose eyes – and everything else about him – makes the girls want to take their clothes off.

The timbre of Daric’s voice is both seductive and clear with a magic that breathes life into lyrics so enticingly you want to step into the music and get comfortable. Few vocalists on the scene now can match Daric Forrest’s ability to weave a ballad so powerfully that it becomes as intimate as your own soul – it takes a master to do that. I am looking forward to the pleasure of listening to this man sing his heart out on his upcoming new album!

Subtle Kind of Murder: “Hang On” – something to turn up and jam to!