Alternative rock band The Grand New Wrong release their debut full length album through an independent label. The self-titled album is available on digital formats through Starstruck Ninja and... 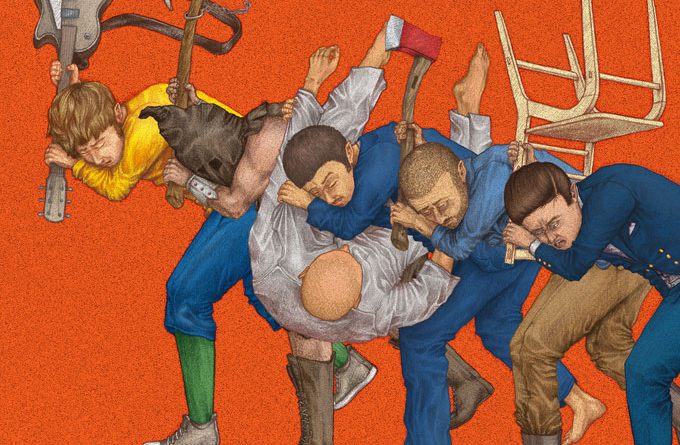 Alternative rock band The Grand New Wrong release their debut full length album through an independent label. The self-titled album is available on digital formats through Starstruck Ninja and on CD through the band’s website. “This is the kind of album we’ve been wanting to do from the start,” says bassist and vocalist Björn Granat. “We are very happy with Starstruck Ninja and thankful that they believe in what we do. They are exactly what we have been looking for – a label with a heart larger than their catalogue.” 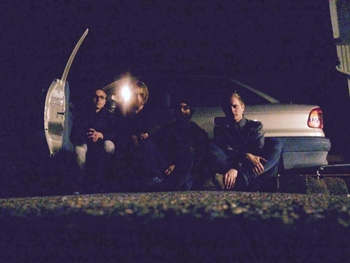 Hey all you rock and roll fans out there. I hope on your musical journey, you have the luck of running across this band. I don’t think you will find an album with such true quality from a bunch regular of guys. The first track, “Poor Man’s Hercules,” opens things up with a high-energy Rock anthem that quickly motivates the listener with a visceral performance.

Then, the track “Wuthering Heights” kicks things up a notch with its moody guitar dynamics and well-balanced bass line. This track is fiercely seductive, and the incessant rhythm of the instrumental really strengthens that image together with the falsetto vocal interludes. “Spare Me The Change” features awesome guitar that lead into some heavy lyrics, and layered choral harmonies.

By the time the acoustic-driven intro of “Frameworks” kicks in, you’re just about out of breath and ready for the tonal pause anyway. In a number of ways The Grand New Wrong latest album is both immensely loyal to the genre’s coarse, high-energy style while also moving in some different directions, which include some fascinating guitar riffs and robust rhythms.

Tracks such as “Shoveling”, “Gloom” and “Not Going My Way” deliver a sucker punch of adrenaline-charged rock that offer the rare combination of sheer vitality, strong prose, and most importantly, un-manipulative catchiness – you’ll want to cycle through them again immediately. And if you don’t, well, you must be partially dead inside. 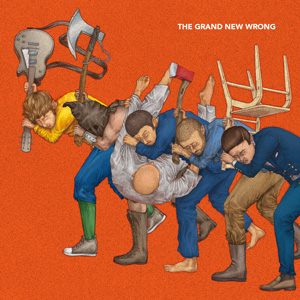 Of all the impressive tunes to be found on this album, the melancholy, melodious, almost nightmarish track “Suits” that explodes at the 1:00 mark is particular mesmerizing in its tone and tempo changes. The song almost has a feel more akin to something famous grunge bands would lend their name to.

But with the distinctive vocals of the lead behind everything, there is no mistaking The Grand New Wrong has just unleashed musical bliss and you’re in for one hell of a set which closes with the other standouts, “Affirmation”, “Questioned” and “Flarelight”.

I was totally blown away by all the songs on this album. It’s not like any other album where just the first 2 or 3 songs on the album are good and then the rest sucks. All the songs here are awesome. The lyrics are well thought and you can tell the band put tons of hard work into writing and composing their songs.

The guitar work is excellent all round; the vocals are powerful and raw while the rhythm section injects each song with just the right mood and amount of pathos. While most bands in the mainstream or alternative rock scene all seem to fit together, The Grand New Wrong adds a sense of uniqueness to their music. Every alternative rock fan should own this album, and if you don’t, shame on you! You’re missing out on an essential experience!