The Vampire Monkeys: miles ahead of their peers!

The Vampire Monkeys is a band that surfaced in Los Angeles in late 2016, and who wear masks to maintain their anonymity. Recorded and mixed by The Icarus Line... 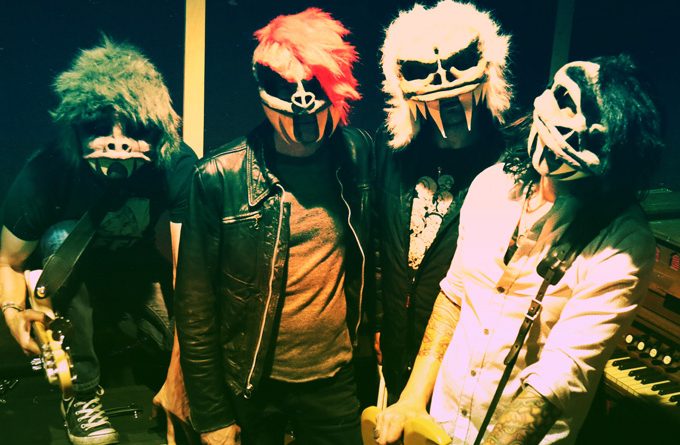 The Vampire Monkeys is a band that surfaced in Los Angeles in late 2016, and who wear masks to maintain their anonymity. Recorded and mixed by The Icarus Line Frontman, Joe Cardamone the band is believed to contain members from Vampire Weekend and the Arctic Monkeys, but there has never been any confirmation or denial of this assumption. The band has released it’s self-titled debut EP showcasing the songs, “Dumbing It Down”, “Disposable” and “LA”. 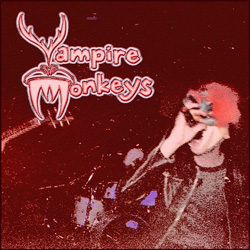 Now we know that the hype machine has drowned more than one promising career, but the band’s debut EP, proves that not only are the The Vampire Monkeys treading water, they’re almost walking on it. The recording is an exhilarating snapshot of a confident band, willing to take risks and not hit cruise control on the often fickle road to long-term success.

And its hypnotic charm becomes more apparent with each subsequent listen. The production is crisp, without being too slick, retaining enough of a raw edge to keep its alternative rock n’ roll spirit intact.

The first single, “Dumbing It Down”, is psychedelic chemistry from another era, and the perfect introduction to the band’s sound. Strung out on White Stripes-like vocals and squealing guitar riffs, it slowly eases into a raucous, foot-stomping rhythm. “Disposable” follows the same mid-tempo path to sonic success with its jangly guitars and familiar melodic vocals.

Whispery vocals and Gothic guitars introduce a kinetic whirlwind of gently changing tempos and freefalling choruses on “LA” that wouldn’t sound out of place on any mainstream radio.

Both instrumentally and in verse, The Vampire Monkeys often show themselves to be miles ahead of their peers, moving beyond just the jangly guitar lines and shabby post-punk revivalism. Molten riffs and glinting guitar lines crop up often, as do the call-and-response drums, together with the patented thumping bass lines and affecting vocals.

Quite frankly, the EP shaped up to be as fine a recording as it promised to be, and the band behind it deserve major credit for ensuring that the music has more importance than the names executing it.

The songs are rocking and will get you pumped. Strung together, the effect can become mesmerizing, as The Vampire Monkeys maintain the illusion of carelessness and effortlessness while executing the tracks beautifully. There’s nothing unnecessary here.

It is a recording by a band that knows its strengths, knows its collective mind. They don’t sound like one songwriter and some other donkeys. All in all this is a great debut EP, derivative yet possessed by an urgency and excitement of its own devising.