There are some critical and obvious differences between rap and instrumental piano music.  Piano instrumentals are meant to evoke emotions without verbalizing any specific lines. Instead, the music asks...
by Staff March 18, 2017

There are some critical and obvious differences between rap and instrumental piano music.  Piano instrumentals are meant to evoke emotions without verbalizing any specific lines. Instead, the music asks you to listen to every single musical note, creating a narrative purely from melodic progressions. You hear the story by following a note’s personality: how long it lasts for, whether it’s high in pitch or low, it’s timbre, and so on. On the other hand when you follow a rapper’s flow, you listen to the rhymes, storytelling, and wordplay. And when concentrating purely on the musical aspects of a rapper’s words, one of the most important factors you’ll hear is rhythm.

Now put the musical narrative of a dynamic piano instrumental together with the lyrical narrative of rap and the result is explosive. Add in some soulful singing and you have the classic recurring hook, which takes the track to a whole new, mesmerizing level. Such is the concept, production and execution of “UPWRITE”, a song composed by Michael Harlow, with lyrics by Marcelo Brociner and Brian Rauch. The track was engineered by Abu Batjargal and Jay Tobin, with Avi Hirshbein as Executive producer, while the video of the song was filmed and edited by Sam Zarov.

The “UPWRITE” project is unique and interesting on many levels. Firstly, the song was written, performed, produced, and recorded by six Brandeis students. Secondly the project was produced and released through Brandeis University’s Basement Records, a student-run recording studio and music label on campus, which was founded in 2016 and has Avi Hirshbein as its founder and president. Essentially Basement Records was created to exhibit the talents to be found on campus, and “UPWRITE”, the second original track done by students at Brandeis, is a prime example of its progress thus far. 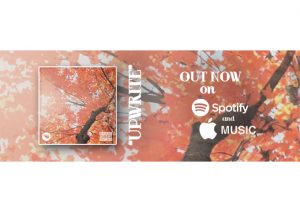 The theme of the song which centers on the process of creating music and suffering for the sake of art has Marcelo Brociner aka Celo, handling the rap verses while Michael Harlow plays the piano and sings the hook. Classical music and rap have often existed side by side in sampled beats – from Nas’ – “I Can”(Beethoven), to Ludacris’ – “Coming 2 America”( Mozart and  Dvorak), and The Streets – “Same Old Thing” (Bartok), but the list is endless.

Even more so the use of piano-driven beats has totally saturated the market in modern Hip hop. But Michael Harlow & Celo do something different here; they have only the piano as an instrumental element to what they’re doing vocally – and the result is nothing short of brilliant.

The reason being, exactly what I had said in the beginning; the piano instrumental creates its own narrative from its melodic progressions, so it is not simply a ‘beat’ to rap along to. Hence we have the piano, Michael Harlow and Celo each bringing forth a distinct narrative made up of the classic formula of melody, rhythm and rhyme, but so unlike anything you have heard before.