PureJoyPeople is Rob Hau from the state of Las Vegas, Nevada, and Pj Trasmil raised in the Philippines, and a long time Vegas resident. Both have been playing music... 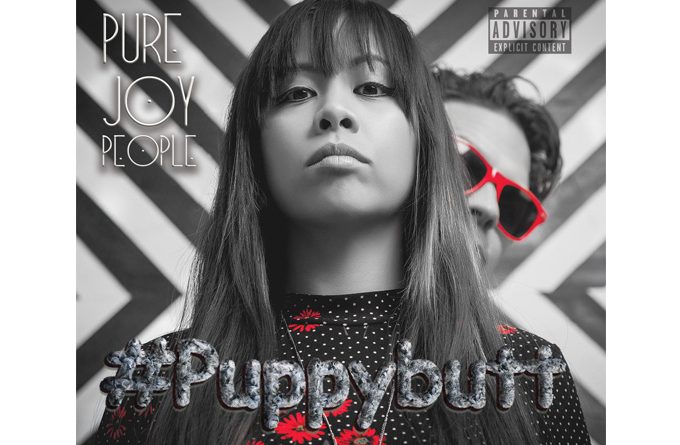 PureJoyPeople is Rob Hau from the state of Las Vegas, Nevada, and Pj Trasmil raised in the Philippines, and a long time Vegas resident. Both have been playing music for most of their lives. The two met on Craigslist, when Pj responded to audition for a band Rob was in. The group accomplished many great things together and eventually went on to pursue different projects. Rob and Pj became PureJoyPeople. Their sound is a myriad of things they like to call “Rock ‘n’ Soul”, while their cred is: “We live to find and spread Pure Joy despite the painstaking process for one cannot feel pure joy without knowing pain.”

PureJoyPeople definitely have a unique style and it is all showcased on their latest 7 track project entitled “#Puppybutt”. They have provided the variety, instrumental excellence and a passionate voice which I enjoy. In fact Pj Trasmil’s passionate singing on top of the stunningly solid instrumentals makes this appealing to all ears. We all have our different approaches to what kind of music makes our world spin but “#Puppybutt” offers so much to everyone, it’s hard to resist.

You’ll feel alive and emotional on listening to this.  PureJoyPeople’s schtick is that they have no schtick: They’re just musicians who happen to be in a rock band. All of which marks them as outsiders, people untouched by industry politics or expectations, who are just playing rock n’ soul because they’re livin’ it! And it comes shining through their music.

“#Puppybutt” shows the strong influences of the rock royals from past eras. As a singer, Pj Trasmil can deliver any blues or soul cliché with ease — or any rock cliché, for that matter — but her approach is singular. It’s rock in its refusal to conform, glam in its theatrical flair, jazz in its often unexpected musicality, and soul in its sheer heart-bleeding passion.

And you can hear all of those things in the track, “Soul Sista”, which has to be the most impressive opening vocal track of any album I have heard in the last 5 years. This song just explodes onto you out of nowhere and then soars higher and higher. The music production and arrangement almost succeeds in equaling Pj’s stunning vocal performance. Something it achieves in doing on the funky soul number “Rock n Roll”.

“Shut It Down” takes it time, stretching, flexing, turning vertical and sideways through riffs, keyboard lines and rhythms that slide like metaphors of river currents and shifting sediment. The wider scope of the arrangements on “Catching Up To You” and “Shoes” —provide more complex psychedelic pop jams, but not in the usual way. These are some of the most well-modulated rhythmic burns you’ll ever hear.

While developing a vision that reaches extremely high but remains practical in its reclamation of what just plain works, PureJoyPeople are growing towards a greatness that looks all the more likely after the release of this recording.  These proud musical friends however, stay totally grounded in their approach and execution, and that’s what is going to make PureJoyPeople go the distance in this business!