Kamya: “Soma” – bridging the gap between heaviness and ambiance

Kamya is a progressive metal band that originates from the town of Linköping in Sweden and consists of the four members Jakob Carlander (guitar & vocals), Julius Willén (drums),... 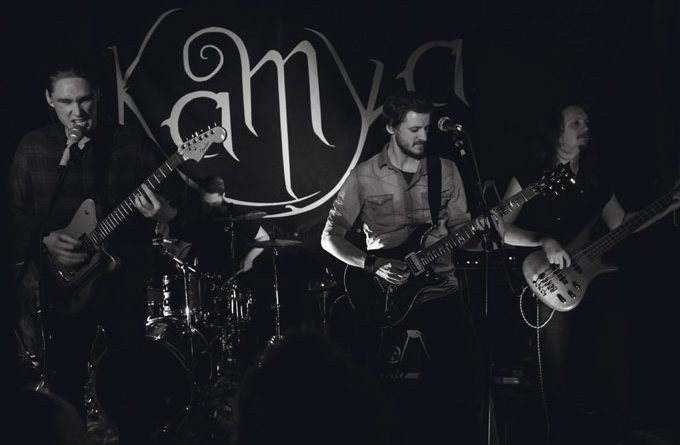 Kamya is a progressive metal band that originates from the town of Linköping in Sweden and consists of the four members Jakob Carlander (guitar & vocals), Julius Willén (drums), Kalle Trenter (bass) and Oskar Jansson (guitar & vocals). The band started when Julius and Jakob´s previous band had dissolved and they wanted to start something new. Hence Kamya was born out of a few university friends who found their first gig within a year of launching the band. Now after a few years of experience and experimenting with sounds influenced by bands such as Tool, Katatonia and Opeth, they have released their first album, entitled “Soma”.

“Soma” is perhaps the most satisfying metal musical moment of this year so far, not only because musically it is such a noteworthy album but because it is so monumental for Kamya, being their debut disc. They had been searching for the sound captured there for years, and it so liberating to hear everything come together in an album that is, for the first time for the band, a complete package. 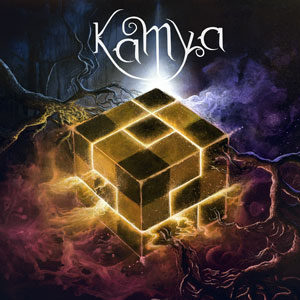 From beginning to end, the shades of murky gray that the album’s atmosphere conjures are clear and defined instead of smeared together, and the schism between the band’s heaviness and mellowness is no longer a discernible gap. It is fitting, then, that Kamya decided to deconstruct and reconstruct their work and filter it to a pure essence; a straight shot of both melancholy and euphoria blended into the rich soundscapes of “Soma”.

Kamya, have an eye for detail, but if anything they are also daring. The inspirational material starts from the opening track “Moon”, which is both an evocative and full-fledged gut busting ballad. The powerful melodic singing also has a harsh segment to it, that makes everything seem sinister and eerie – something that the base material lends itself well to. If anything, the atmosphere on this album is immediately gratifying and long lasting.

The album’s pièce de résistance has to be the progressive 3-part “Ties That Bind”, where there is the clashing of heavy and soft to drive home the emotion. It’s an obvious juxtaposition of mellowness and aggression, and there is an array of instrumental elements present to adequately convey the former, and leave us with an abundance of the latter. It’s quite powerful in an album of seven pulsating tracks, where atmosphere is everything, and there are many facets to keep it all engaging.

All of that said, “Soma” is put together using a master’s hand. The accents are there in all the right places, whether it’s the overdriven guitars dancing in the background of “Inferno” or the clean picking of “Always Old Ways”. The band know when to change it up with a bone-jerking riff or when to accentuate a building drum and bass rhythm with another instrument or to just play it in a different way, and that is half the battle of this fantastic album. 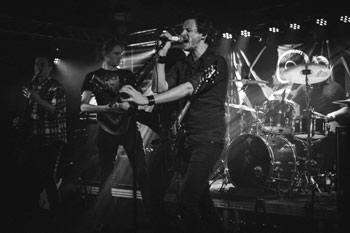 This makes “Soma” a joy to listen to, because Kamya did what they set out to do: take this album and show us both sides of their musical coin – Soft and loud, restraint and aggression, as well as plenty of melody and harmony.

If anything, “Soma” shows just how gifted Kamya are at bridging the gap between heaviness and ambiance. Moreover if you have a track as dynamically brilliant as “Drought” on the album, it is hard to ruin the magic that is present right from the start.

This album is nothing but enjoyable the entire way through. All in all, Kamya have created an essential album for the Progressive Metal genres. Heavy on the atmosphere, complete with mesmerizing guitar melodies and harsh/clean vocals executed to perfection, “Soma” is an album for the ages.