The Bronx, NYC creative, ReachingNova is without a doubt one of the smartest, all-round great underground rappers on the block right now. His album “IT’S ABOUT TIME”, features powerful themes... 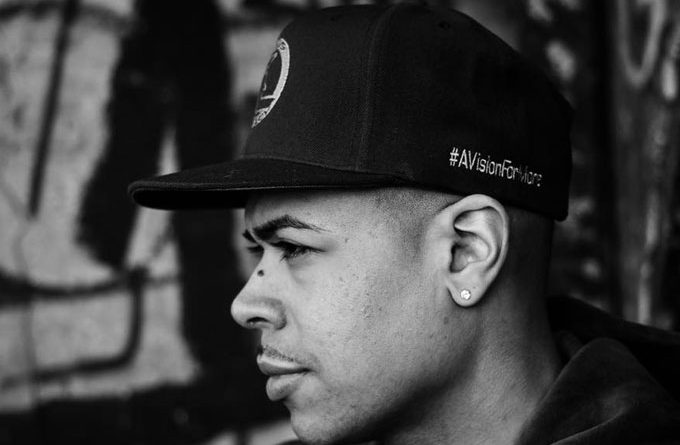 The Bronx, NYC creative, ReachingNova is without a doubt one of the smartest, all-round great underground rappers on the block right now. His album “IT’S ABOUT TIME”, features powerful themes and gives amazing personal perspectives on some deep rooted issues and aspirations which inevitably reflect everything happening around ReachingNova, but could so easily apply to any ambitious human being on a serious daily grind, no matter what walk of life they’re in. Each track is superbly produced, and none feel like they don’t belong on this collection. What seperates ReachingNova from his contemporaries is that he’s found way to excel at his rap aspirations while subverting it.  He has found a way to reconcile the inherent vices of the game with the salving possibilities of art.

ReachingNova channels rap’s energy to deliver uplifting and revealing messages while smuggling complexity and entertainment into the verses. There are some strong hooks here, but not the repetitive pop kind you’re used to, plenty of head-nodding beats, and most importantly, ReachingNova rapping with an ear for little turns of phrase and of melody that will stick in the brain. He has a sense for musical adventure: Tempos make surprising shifts, backward sounding loops intrude in, for instance on “No Explanations” and “Pacify” – the production allover, does a lot of the work of conveying the album’s approach to ReachingNova’s storytelling. Listening along as he lobs syllables as quickly as the ear can catch them is a joy, and the creative storytelling carried out in these shifting flows feels satisfying and complete.

From the moment the album opens with “An Evening In Tampa Bay”, it becomes a widescreen masterpiece of rap, full of expansive beats, intense rhymes, and peerless storytelling about ReachingNova’s daily destiny. “World So Empty” ft. Dave East is a precious story, the stuff rocks, and it’s delivered with such precision, vivid detail, and masterful pacing that it can’t possibly be true.

But it’s a tale too powerful not to believe in – just like its narrator. ReachingNova proves he’s a master storyteller, but he always seems to be saving his best plot twist for the next song, waiting until he is ready to pull it off. And on both “Make It Happen” and “Something Timeless” – one of the catchiest tracks on the entire album – he pulls it off big time.

Storytelling seems to be ReachingNova greatest skill (without disregarding his production skills), and primary mission – to articulate the intimate specifics of daily grinding from your surroundings. The raps put forth on tracks like “I Remember”, “No Explanations” and “Beach Waves” bobs, winds and pulls mercilessly like a computerized sewing machine.

ReachingNova is cracking open his genes all over this thing with vigor, unraveling strands of his pedigree on each and every track. “IT’S ABOUT TIME” is as bold and as hard and as hopeful as it is bursting with bristling energy. It’s as introspective as it is inciting. It’s as cohesive as it is dense. It’s a volatile and revelatory chapter in a legacy that’s following ReachingNova as he moves his career ahead towards the main spotlight.