Mogwai front-man, Stuart Braithwaite, once stated: “I think most people are not used to having no lyrics to focus on. Lyrics are a real comfort to some people. I... 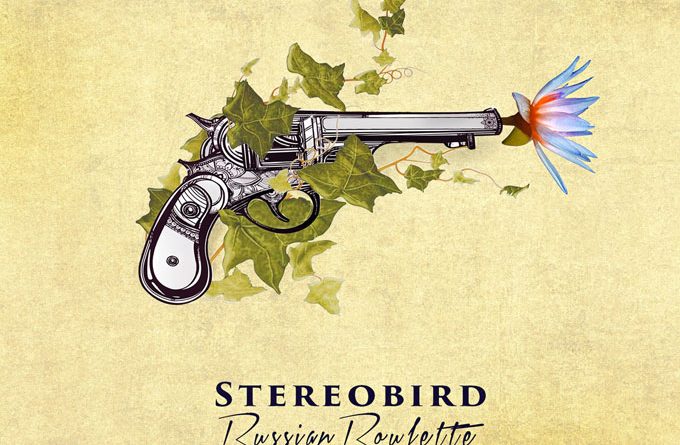 Mogwai front-man, Stuart Braithwaite, once stated: “I think most people are not used to having no lyrics to focus on. Lyrics are a real comfort to some people. I guess they like to sing along and when they can’t do that with us they can get a bit upset.” Regardless, this did not stop me whilst reviewing “Russian Roulette”, the latest studio effort from the New York-based post-punk and post-rock band StereoBird – a Brooklyn-based art-rock, experimental band composed of Yanek C (guitars, effects), Stephen C (bass), and Chad H (drums).

The lavish layering of post-rock electric guitars and exploring drums can create visualizations of entire worlds. It can be a gateway soundtrack into 21st century fantasies. It’s songs can play out much like psychedelically-potent mood music meshed with flavored shoegaze and a sense of epic atmospheres.

But this is where “Russian Roulette” differs from Mogwai-type compositions.  While maintaining the same poignant creative qualities, StereoBird rely less on sweeping crescendos and more on spacey, sprawling and lively musical adventures.

To be quite honest, I think the good thing about this band is that they have a great level of creativity that becomes apparent the more you listen to them. I like that. I like it because it shows me that this band knows who they are and they know the kinds of sounds they want to make, which is seemingly simple, yet still very dynamic just the same.

The music is complex enough to be interesting but not so erudite that it leaves the average listener, feeling like he or she is disaffected because the music is meant to impress rather than express an idea or emotion. There is nothing pretentious going on here at all.

The guitars on “Russian Roulette” sound wonderfully real with adequate processing – usually reverb and time based delays – that keep the rhythmic components swirling as it develops. The jangly guitar tones are simple and stunning, in no small part because of the entire band’s approach to the music.

Without the proper drum and bass support the guitars would be far less impressive. This track is perfect to listen to when you need to feel inspired and motivated, as both the escalating rhythm and melodic guitar slants, will uplift you.

Yeah it’s true, this style of music isn’t for everyone but when you have learned to love such a band, you will be forever feeding of their creativity. StereoBird’s music is so dynamic, emotional, and captivating it leaves you wanting more and more!