Donald Wiles: “You Don’t Know” – a modern-day avatar of the Hammond B3 organ

Every well-rounded jazz collection should have some Hammond B-3 organ, and anything by Donald Wiles is an outstanding choice. In the late fifties and early sixties, Jimmy Smith albums poured...

Every well-rounded jazz collection should have some Hammond B-3 organ, and anything by Donald Wiles is an outstanding choice. In the late fifties and early sixties, Jimmy Smith albums poured out in a veritable torrent. But at times they seemed to me too formulaic, Funk By Formula, and that wasn’t my thing. Plus, I didn’t much like organ jazz. The instrument seemed too slow moving to me, not flexible enough for bop, which was my flavor du jour of jazz. I’m older now and I like more kinds and flavors of jazz than I did when I was a Young Turk. And I’m glad.

All too often, organ music descends into cliché. It’s boring. The best tracks are those with just the trio -organ (doubling on bass lines), guitar and drums. The more horns that are added to the mix, the less I enjoy the resulting music as a general rule. But the trio albums are a delight. They’re especially good to listen to while driving, one of my favorite ways to listen to new music because there are no distractions.

Hence Donald Wiles is a perfect successor to Jimmy Smith in my book. His Hammond B-3 has few instruments distracting it in the mix, and no horns on his cut “You Don’t Know”. Though he does dabble with the electric piano on the track as well, but it’s more of an extension of the keyboard sound than and instrumental distraction to the organ.

The track is first rate. Donald Wiles and his colleagues aren’t trying to be innovators here. There’s no new ground broken in jazz. But who cares. They are talented craftsmen who play interesting, tasteful and exciting music. This is good music, a joy to listen to, and when Wiles wants to, he sure knows how to generate the heat. 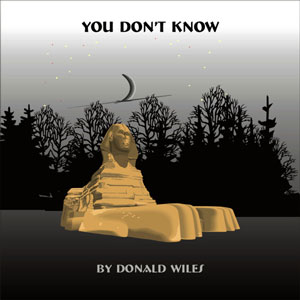 His piano playing is strong too, and considering his prowess on the organ there’s no reason to think otherwise. “You Don’t Know” is the kind of track jazz nuts will share with novices, so the uninitiated can understand the power and presence of the music in its simple and straightforward form.

The track kicks things off with Donald Wiles’ rise-and-fall keyboard melody, accompanied by light percussive utterances, but step by step it turns into a slow cooker. When jazz aficionados think of Donald Wiles – they may ponder his matchless talents as a modern-day avatar of the Hammond B3 organ.

In fact, Wiles can be adored for his buoyant, moody sense of swing and balladry as a composer and as a player.  A part from handling the keyboards, Wise also scored the music on “You Don’t Know”. Jazz music and incomparable musicianship just naturally go hand in hand. And Donald Wiles fit’s the equation like a glove.

Room To Breathe: “Broken and Beaten” – the equivalent of a nuclear rock out!

Quantum Split: “America” – intelligent rock is not only plausible, but executable!