“Dead Duck” is the debut album by Paterson, NJ artist, SaFE (Seven and Five-Eighths) an integral part of the M.O.B.Stars collective. The album loosely chronicles SaFE’s creative development and... 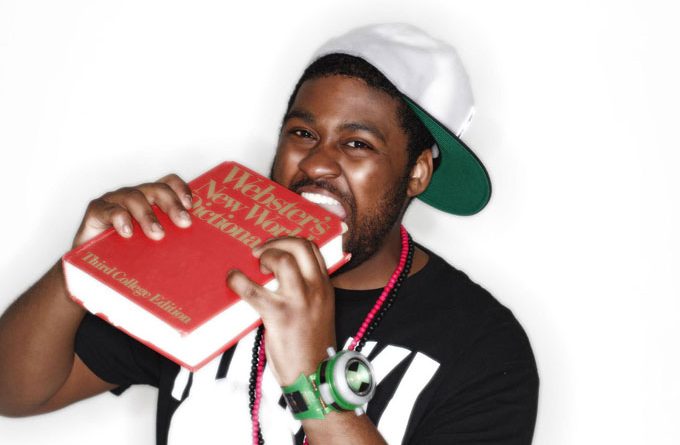 “Dead Duck” is the debut album by Paterson, NJ artist, SaFE (Seven and Five-Eighths) an integral part of the M.O.B.Stars collective. The album loosely chronicles SaFE’s creative development and how it shapes his outlook on the climate of his art and industry. So how does this debut album stand up to what’s happening in the rest of the industry? It’s been an unfortunate trend in recent years for rappers to build their albums around two or three extremely powerful songs, while essentially using all the other tracks as filler. This, however, is not the case with “Dead Duck”. The record delivers quality from end-to-end, with little or no faltering. Sure, some songs are better than others, but every album has its ups and downs, even masterpieces. This is a refreshingly consistent album, and should serve as an example on how to make a 21st century hip-hop album. SaFE’s delivery remains strong throughout the recording. He sounds like one of the new crown princes of the underground hip-hop world, and he knows it. You can almost feel it in the swaggering, yet commanding tone of his voice. SaFE’s rhymes are tight, and constant; he never misses a beat.

If anyone could have doubted what he is capable of doing, I’d be willing to wager quite a bit that they will be eating crow after hearing “Dead Duck” – and as if the fact that his vocal triumphs aren’t enough, the album features some great lyrical moments too, as SaFE works his way through topics such as “body image, the Reptilian conspiracy, abortion and domestic violence, courtship and matriarchal religions among other things.”

So, “Dead Duck” has great vocals and intelligent, well-constructed lyrics, but how does the music sound? This is where another one of the record’s greatest strengths comes into play: production value. You see, almost every song on “Dead Duck” was overseen by a different producer.

These range from what sounds like creative protégés to seasoned veterans, all putting in exiting work. The overall effect of having so many hands work on the album makes for a very unique experience. Each song maintains a certain sense of individuality, yet still feels similar enough to its peers to remain coherent.

The variety of samples, beats, and all-out instrumentation on “Dead Duck” makes the record sound virtuosic, yet incredibly polished. This album is a straight up example of how nearly everything can go right on a hip-hop album, if planned and executed with maximum commitment. The lifeblood of the album though, is unsurprisingly, its songs. On the whole, the track list is quite exceptional. You have songs like “Hunger Music (Produced by CJBeatz)”, “Return Of The Hustle feat. TD Jakes (Produced by John Qwest)” and “Gotta Be Magic (Produced by BRAVESTARR)”, which are something like history lessons to make old-school hip-fans reminisce and new hip-hop fans drool over the delivery.

“Momentarily feat. Bretagne (Produced by Stringz)” and “Drake’s Lament [Wicked] (Produced by Arkutec)” reek of classic. “Man’s World Revisited (Produced by Nu Vintage)” has an exuberant feel to it, as does “Ghettoes Worldwide (Produced by Superstar O)”.

“Gotta Be Magic III (Produced by SevnthWonder)” features some of the best rhyming on the album, while “Krisna Parker [KnXwledge] (Produced by Arkutec)” begins with the defiant sounds of the narrator speaking out: “I wrote this song. I swear I wrote this song for everybody. You within earshot, if you’re what they call a hater, whoever, whatever you want, this song is for you…” “Dead Duck” is, at its core, a very strong album.

Sol Virani: “No Pork In My Gumbo” – the relentless mastery of a meticulously voice